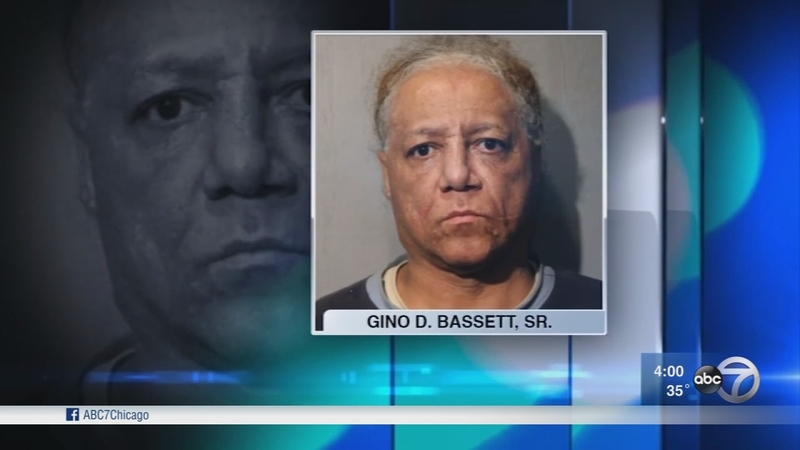 CHICAGO (WLS) -- A 56-year-old man has been charged in the fatal stabbing of a suburban CEO in River North last month.

Police said Gino Bassett Sr. stabbed 55-year-old Mike Beedle, a father of six from Park Ridge, in the early morning hours of March 23 in an alley at State and Hubbard streets.

"A witness observed that Mr. Beedle was clutching U.S. currency in his hand as he exited the bar. Gino Bassett was outside the bar across the street from the victim," said Cook County Assistant District Attorney Jamie Santini.

Prosecutors say Mike Beedle stood outside the bar for 30 minutes before entering a nearby alley.

"I think he's confirming the fact that he is innocent, simple as that. I suggest that is why he was shaking his head," said Marijane Place, Bassett's public defender.

"I try to understand what that would have been like for my friend and colleague and having a face and name makes it more real," said Mike Herman, Beedle's friend.

Beedle was the CEO and founder of Enterprise Scrum, a software and training company.

After the murder, police said Bassett ran to the CTA stairwell and State Street and Grand Avenue where he threatened to stab two women in their twenties.

Bassett was arrested on Wednesday after he was identified in the crimes, police said. On Friday, police said Bassett has been charged with first degree murder and two misdemeanor counts of aggravated assault/use of a deadly weapon.