I-55 crash: Man dead after car goes off highway near I-355 ramp, vehicle lands in Bolingbrook pond 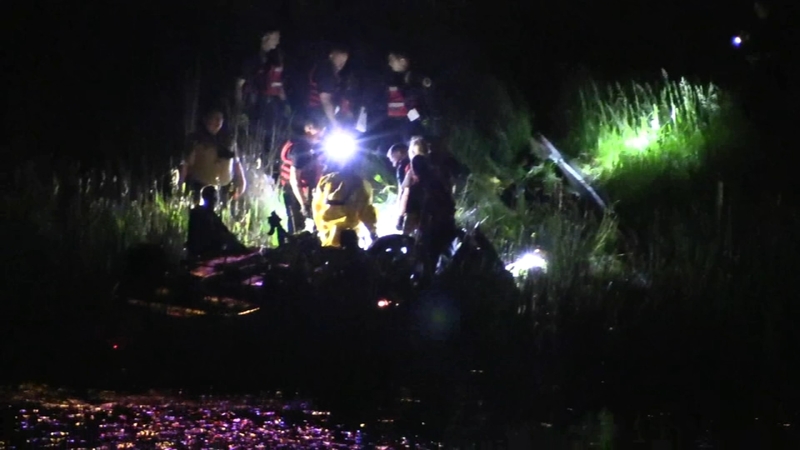 Man dies after car lands in Bolingbrook pond near I-55, I-355

BOLINGBROOK, Ill. (WLS) -- A man has died in Bolingbrook early Thursday after he lost control of the car he was driving and ended up in a retention pond, Illinois State Police said.

He was driving north on Interstate 55, near the Interstate 355 ramp, about 2:30 a.m. when the car went off the road and landed upside-down in a pond.

A dive team removed one person from the vehicle, the man who was driving. He was pronounced dead on the scene, police said.

RELATED: Kevin Clark, drummer in 'School of Rock,' hit and killed by driver while biking in Avondale

A light pole and several pieces of guard rail were knocked down in the course of the crash.

No identifying details have yet been provided about the man, and it's not clear how he lost control of the car, police said.

The ramp from northbound I-55 to I-355 is closed, while police investigate.