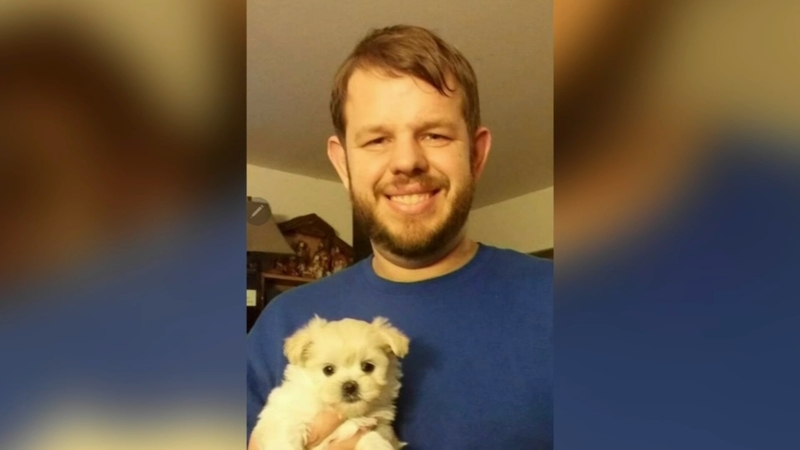 MARENGO, Ill. (WLS) -- Police in Marengo are asking for help finding two men who shot a gas station clerk during a robbery Wednesday morning, as his community rallies to his aid.

Surveillance video shows the two men suspected in the robbery and shooting at the Circle K/Shell station around 3:30 a.m. Clerk Brian Pemble was airlifted to the hospital.

Pemble's friends say despite being in pain, he is in good spirits. His Marengo community has already raised thousands of dollars to help the 35-year-old father of five.

Marengo police are searching for two men, captured on surveillance video, who shot a gas station clerk during an armed robbery overnight Wednesday.

"This shouldn't have to happen to anybody. You go to work, you're making money, you're taking care of your family and now you get shot?" said Angela Johnson, owner of Wholesome Petz Pet Supplies.

Working as a clerk at the Circle K/Shell was only one of Pemble's two jobs.

"He lost wages because he got shot during a part time job, and he's got a full time job so we're not sure how things are going to work out for him, so the church wants to be there to meet the need in between," said Justin Searles, campus pastor of Marengo Orchard Evangelical Free Church.

Pemble's church, where he is a trustee, has already dedicated thousands of dollars in donations. And Angela and Richard Johnson, who own Wholesome Petz Pet Supplies, plan to donate proceeds from pet nail clipping over the next two weeks and Saturday sales to the family.

"This is what we do," Angela said. "We stick together and we take care of each other."

"Very heartfelt from everyone," said Richard.

"We had somebody come in and donate a very large amount, and she doesn't know this family," Angela said.

The donations they received just from today total nearly $600.

"I have no doubt in my mind they are going to come out above this, and they're definitely going to see how much Marengo loves them," said Angela.