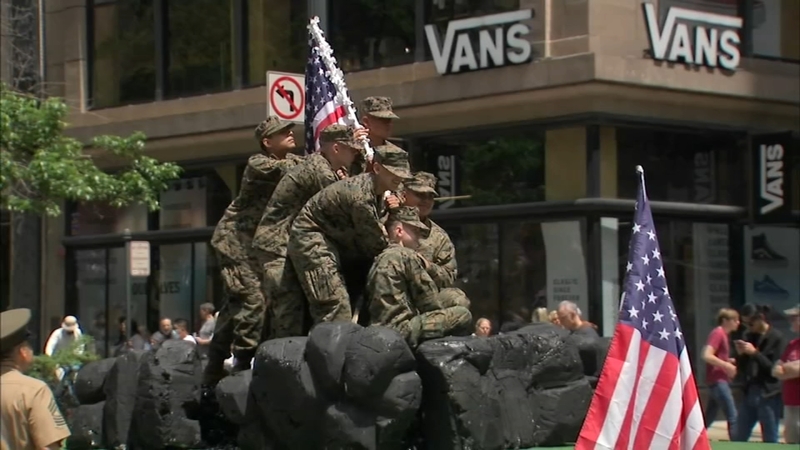 CHICAGO (WLS) -- The city of Chicago and the Department of Cultural Affairs and Special Events presented Chicago's Memorial Day parade and wreath-laying ceremony on Saturday, May 28.

"I love the parade. I love to hear the kids playing and watching them do their strutting, it's exciting," said spectator CJ Parker.

Chicago's Memorial Day parade is one of the largest in the nation, it was approved by Congress beginning in 1947. Gold Star Lapel Pins and the Next of Kin Lapel Pins are presented to families not as an award, but as symbols of honor worn by family members in remembrance of their fallen loved ones and their ultimate sacrifice.

During the ceremony and parade, Chicago honored fallen heroes and Gold Star family members who have lost a loved on in the United States Armed Forces to combat operations or while on active duty,

"Wonderful. Love the military. We're here to support them all," said Charlene Bell.

"We are both from large military families and enjoy anything with the military, so this is great," remarked Jim Parker.

A squad leader in the Vietnam War, Jim Hobson said he comes every year to honor the memories of those who died for this country.

"We should always remember the sacrifices that these men and women made," said Hobson.

"Our citizens have never failed to answer the call to defend our nation against its enemies, giving everything to preserve the freedoms that we hold dear," said Loh.

The Memorial Day Weekend parade returns to Chicago for 2022.