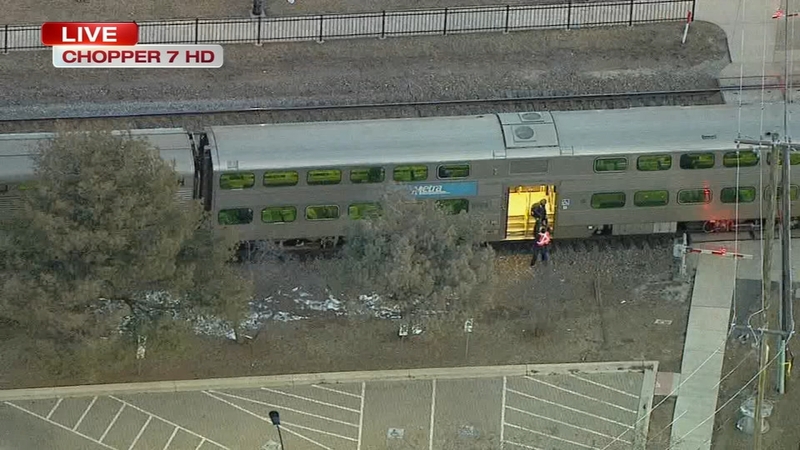 LA GRANGE, Ill. (WLS) -- Metra BNSF trains are operating with residual delays Thursday morning after a pedestrian was hit by a train in La Grange, officials from the commuter rail line said.

Train No. 1200, scheduled to arrive at Chicago's Union Station at 5:12 a.m., was stopped at the La Grange Stone Avenue Metra station just after 5:10 a.m. after hitting a pedestrian, Metra officials said.

Inbound and outbound trains were stopped at 5:20 a.m., and train No. 1201, which was supposed to leave Union Station at 5:28 a.m., would not operate after the incident.

Western Springs police said they were handling an incident at La Grange Stone Avenue but would not provide any additional information about the condition of the person hit by the train.