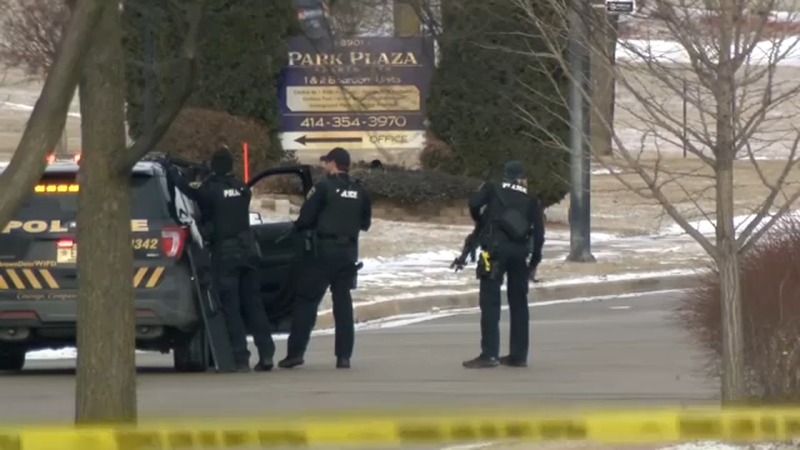 MIKWAUKEE, Wis. -- Two people were killed and another was wounded in a shooting Saturday at an apartment complex in Brown Deer, Wisconsin.

The suspect is also dead, according to Brown Deer Police Chief Peter Nimmer.

In a news conference Saturday evening, Nimmer said police believe he died of a self-inflicted gunshot wound, and said no officers from his agency or other agencies that responded fired their weapons, CNN reported.

Police responded around 10:09 a.m. local time to a report of shots fired, Nimmer said. When officers arrived, they were fired upon from a second-floor balcony, where Nimmer said police believe the suspect lived.

The vehicle for a K9 unit was struck, but neither nearby officers nor the dog were hurt, the police chief said.

Authorities soon made entry into the apartment building. They found three people dead, including the suspect, who has been identified only as a 26-year-old Black man.

A child who was in the apartment was unharmed, Nimmer said, and is with family.

The relationships between the suspect and the victims were unclear, but at least two knew each other. Based on an early investigation, authorities believe the incident began as a domestic dispute. Asked how others got involved, Nimmer said police believe they were trying to help.

Police plan to release the names of the victims and suspect within the next 24 hours.

The shooting remains under investigation by the Milwaukee Area Investigative Team, led by the Wauwatosa, Wisconsin, police department, Nimmer said, who added the Wisconsin Department of Criminal investigations is also assisting.