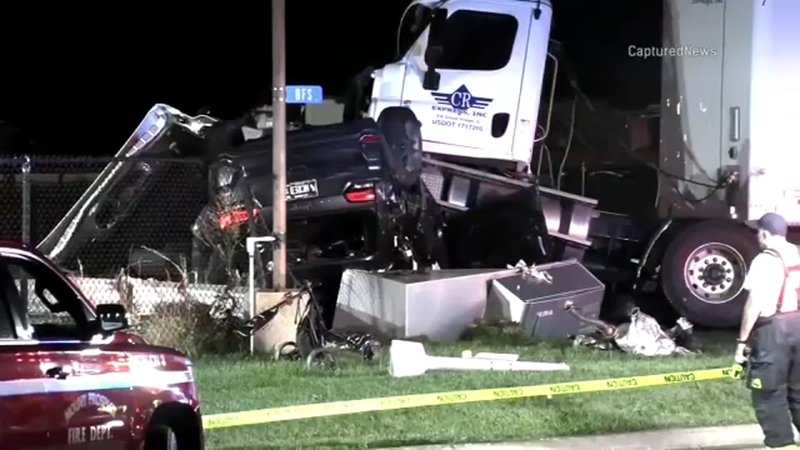 MOUNT PROSPECT, Ill. -- A Chicago man has died after a crash in Mount Prospect Saturday.

Police said 24-year-old Stefan Bell was in an SUV that collided with a semi-truck at Dempster Street and Linneman Road just before 6 p.m.

The impact of the crash caused the SUV to roll over, with a semi-truck coming to a rest on top of the SUV.

Another person in the SUV was also hurt and is in the hospital. The truck driver was not injured in the crash.