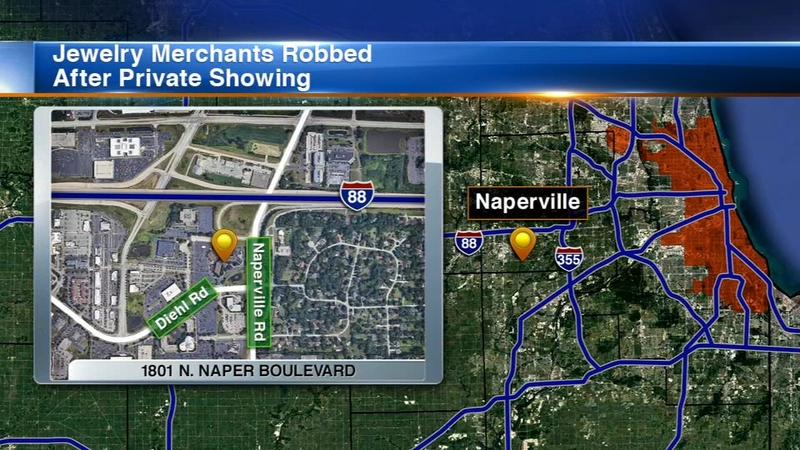 NAPERVILLE, Ill. (WLS) -- Police in Naperville are looking for the masked thieves who attacked some jewelry merchants over the weekend, stealing their cases of gems.

The merchants were leaving a private showing at the hotel when three masked men forcibly took cases of their merchandise, Naperville police said.

Police said one of them struggled with one of the thieves, but they ultimately got the cases and took off in a van with two other men.

The merchant was not injured.

It's not clear where the suspects' van went after leaving the hotel parking lot.