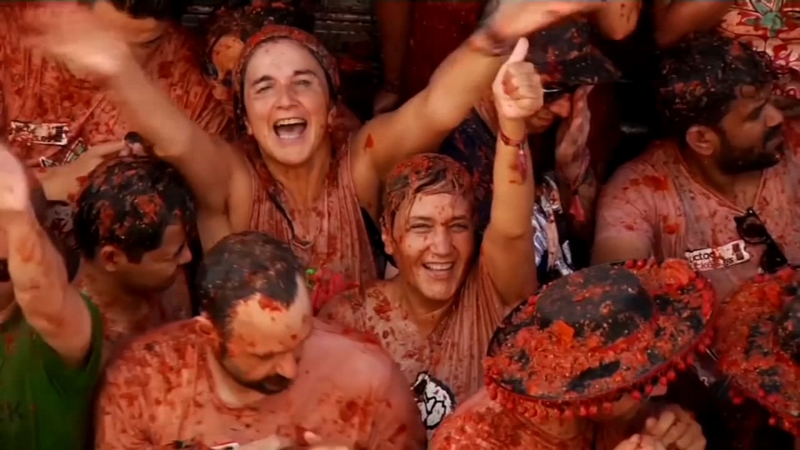 Colorado couple fights off mama bear and her cubs

71-year old Jon Johnson and his wife George Field said they fought off the bears using their fists and a Louisville Slugger bat.

Luckily, both were able to escape with only minor injuries.

Hurricane Dorian is getting stronger and may headed towards Florida

The once tropical storm, now officially classified as Hurricane Dorian, may headed towards Florida's east coast.

The U.S. National hurricane center said Dorian was expected to strengthen into a dangerous category 3 hurricane and the Govenor of Florida declared a state of emergency for all those folks on the eastern border of the state.

This looks messy and kind of fun! More than 20,000 people pelted each other with ripe tomatoes Wednesday in the annual "Tomatina" street battle in a town in eastern Spain.

The party used approximately 145 tons of tomatoes for the hour long battle.