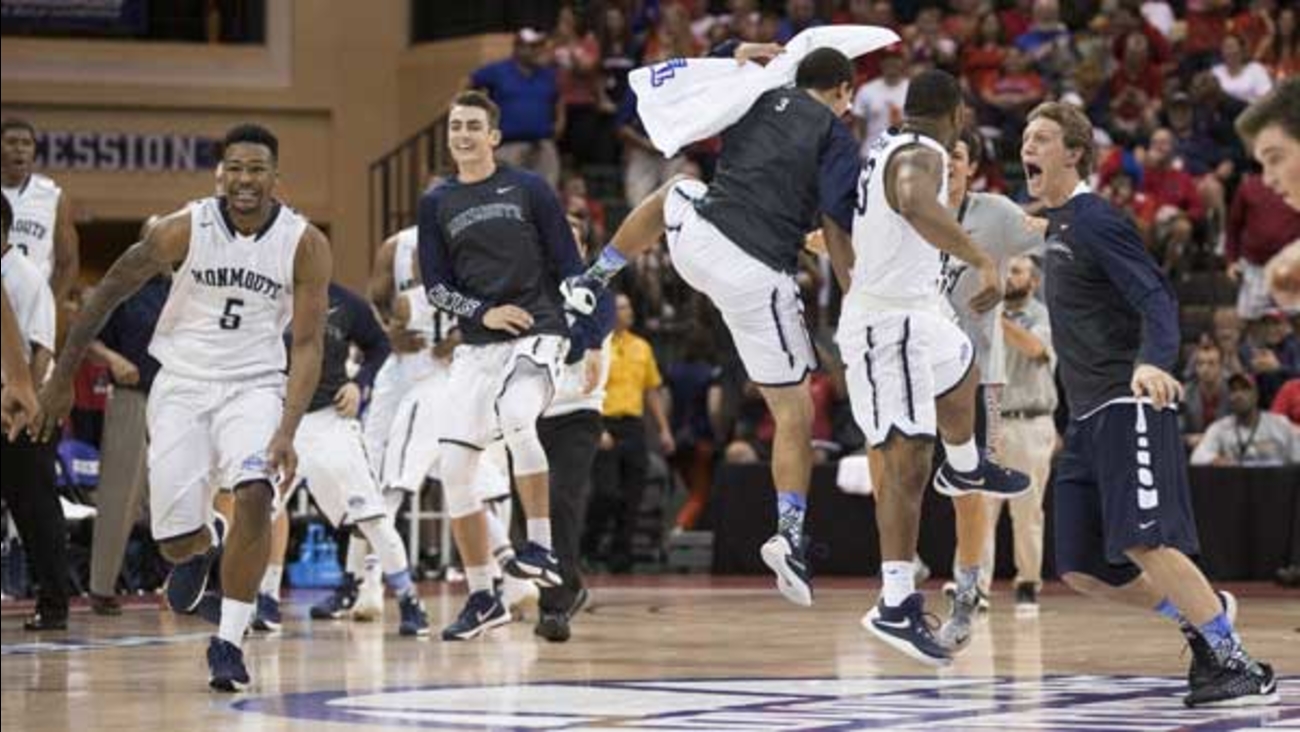 WEST LONG BRANCH, N.J. (WLS) -- Monmouth took on Georgetown Tuesday night, but the real show was on the sidelines.

Monmouth's bench players are making a name for themselves with their choreographed celebrations. They pump iron, mimic planes taking off and - believe it or not - a reproduction of the Sistine Chapel ceiling.

The Monmouth bench celebrated their first win in program history over a Big East team in style. https://t.co/PGPh6Cu42j

GIF away, Monmouth bench! The NCAA isn't stopping you.

NCAA spokesman David Worlock said this week that the celebrations are OK and not harming anyone. He says the Hawks reserves are just having fun and not coming on the court.

The @MonmouthBench Mob showed me one their favorite skits - The Heart Attack. pic.twitter.com/n5UrhYBNCm

Monmouth's players have gained national acclaim for their entertaining routines, spicing up big moments during games and racking up likes and shares as fans spread the moments online through GIFs and short videos.

Worlock says the NCAA received a request for a rules interpretation and determined the celebrations aren't interfering with the game.

The mid-major from central New Jersey has wins over UCLA, Notre Dame and USC. The wins earned considerable buzz for Monmouth (5-3) on campus, with players saying they're getting recognized more around school.