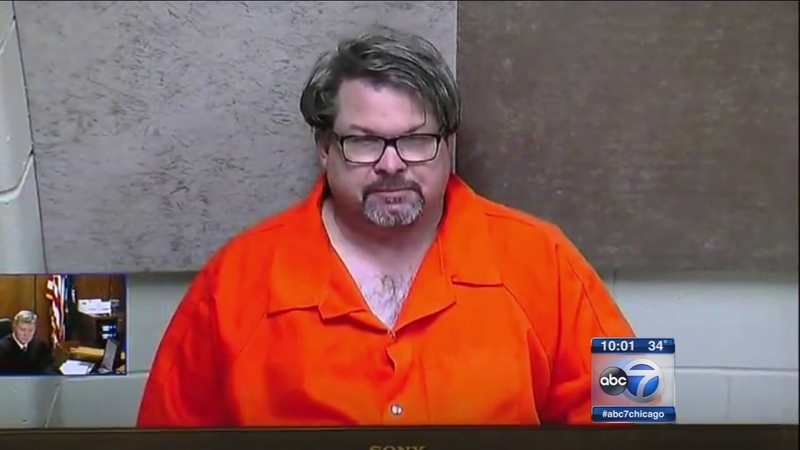 Jason Dalton waived his right against self-incrimination before making the statement to authorities, Kalamazoo County Prosecutor Jeff Getting said.

"As was put on the record at the probable cause hearing after having been advised of his rights, the defendant made a statement acknowledging his involvement in these incidents," Getting said.

Dalton, 45, is charged with six counts of murder, two counts of assault with intent to commit murder and eight counts of felony firearm. Prosecutors say they're confident they have a strong case against him, which includes surveillance video, the weapon used in the murder and a confession.

Investigators said Dalton's rampage lasted seven hours and that his victims were chosen completely at random as he drove around Kalamazoo. By the time it was over, Tyler Smith, Richard Smith, Mary Jo Nye, Mary Lou Nye, Barbara Hawthorne, and Dorothy Brown were all dead.

Furthermore, police said Dalton appears to have picked up passengers for Uber in between shootings. One man, identified only as Derek, says he and his family are among them.

Dalton's family has released a statement which reads in part: "We cannot comprehend the grief which you are feeling, and while it seems woefully inadequate, we are deeply sorry and are praying for everyone affected."

Dalton was ordered held without bond and will get a court-appointed attorney.

If he's convicted, the murder charges carry a mandatory life sentence. Michigan does not have the death penalty.

UBER PASSENGER SAYS HE REPORTED DALTON PRIOR TO SHOOTINGS

Meanwhile, an Uber passenger said he called police to report that Dalton was driving erratically more than an hour before the shootings began.

Matt Mellen told Kalamazoo television station WWMT that he hailed a ride around 4:30 p.m. Saturday. He said driver Jason Dalton introduced himself as "Me-Me" and had a dog in the backseat.

Mellen sat in front. About a mile into the trip, Dalton got a phone call, and when he hung up, he began driving erratically, blowing through stop signs and sideswiping cars, Mellen said.

"We were driving through medians, driving through the lawn, speeding along, and when we came to a stop, I jumped out of the car and ran away," Mellen said. He said he called police and that when he got to his friend's house, his fiancee posted a warning to friends on Facebook.

"I'm upset because I tried contacting Uber after I had talked to the police, saying that we needed to get this guy off the road," Mellen said.

Uber said riders complained Saturday about Dalton's driving. When alerted to unsafe driving, company policy is to contact the driver. But Uber officials would not say whether anyone at the company spoke to Dalton, deferring to law enforcement.

Dalton passed a background check and became a driver on Jan. 25. He had given about 100 rides, the company said.

Since Dalton's arrest, several people have come forward to say that he picked them up for Uber in the hours after the first attack. The Associated Press could not immediately confirm those accounts.

Kalamazoo County Sheriff Richard Fuller said Uber is cooperating with law enforcement officials, and he believes the company will "help us fill in some timeline gaps."

Investigators are particularly interested in communication between Dalton and Uber, as well as customers he might have driven, the sheriff said.

Questions about motive and Dalton's frame of mind are "going to be the hardest to answer for anybody," Fuller said. He expects some answers to emerge in court, but he doubts they will be satisfying.

"In the end, I ask people, because I keep hearing this question of why, 'What would be the answer that would be an acceptable answer for you?' They have to think about it for a moment, and they say, 'Probably nothing.'

"I have to say, 'You are probably correct.' I can't imagine what the answer would be that would let us go, 'OK, we understand now.' Because we are not going to understand."

Authorities allege that he shot the first victim outside of an apartment complex and that he shot seven others over the next several hours.

Police have not provided a motive. The victims had no apparent connection to the gunman or to each other.

The attacks began Saturday evening outside the Meadows apartment complex on the eastern edge of Kalamazoo County, where a woman was shot multiple times.

The attacks began outside the Meadows apartment complex on the eastern edge of Kalamazoo County, where a woman was shot multiple times. She survived.

Fifteen minutes after that, five people were gunned down in the parking lot of a Cracker Barrel restaurant. Four of them died. A 14-year-old girl survived with a head wound and was hospitalized in critical condition.

The 14-year-old's doctor thought she was dead just a few nights ago, but there was one moment that proved Abigail Kopf was alive: she squeezed her mother's hand.

"We thought Abby was gone when we first got there," her mother said, recalling the moment she knew her daughter was alive. "Breathtaking. It was a miracle in all its own. You don't expect it and then all the sudden it's there."

Many handguns and long guns were seized from Dalton's home. But there was no indication that he was prohibited from owning the weapons, said Donald Dawkins, a Detroit-based spokesman for the U.S. Bureau of Alcohol, Tobacco, Firearms and Explosives, which was assisting police.