With 22 suicides per day, VA hit with scathing evaluation

ABC7 I-Team Investigation
WLS
By Chuck Goudie
CHICAGO (WLS) -- Two weeks after the I-Team questioned whether prescription cocktails were contributing to the sky-high number of veterans' suicides, the Dept. of Veterans Affairs has been vilified about that in a government study.

The Government Accountability Office investigation found that the Veterans Administration is failing to follow its own guidelines in the treatment of veterans with mental illness who may be at risk of killing themselves. This conclusion comes as no surprise to the family of Cole Van Dorn, a marine veteran from suburban Chicago who was found dead in April.

At Arlington National Cemetery last month, Van Dorn was laid to rest even though the cause of his death still isn't known. What Van Dorn's father says is known is that the 29-year-old Marine sniper had been prescribed a cocktail of up to 20 antidepressants to deal with what haunted him from nine years of service and numerous tours in Iraq and Afghanistan.

"If he wasn't on all those medications, would he be alive today?" asked ABC7's Chuck Goudie.

"I definitely believe so," said Tom Van Dorn. "I don't know how anyone could be put on a dozen to 20 to 14 meds at the same time and come out normal."

Wednesday's blistering report from the GAO indicates that Van Dorn's case may be typical. In 26 of the 30 random veterans who were sampled, their mental health care deviated from the VA's norm, and most were not properly assessed after their antidepressant meds began.

The report found that the VA has no system-wide process in place to assess veterans on antidepressants and that the VA's suicide data is often incomplete and inaccurate, which inhibits suicide prevention efforts.

A congressional hearing Wednesday in Washington focused on prescription mismanagement and the risk of veteran suicide.

"This work illustrates once again a continuing pattern of non-compliance with its own policies and established procedures, unclear guidance, inaccurate data and poor oversight," said Randall Williamson, GAO.

House Veterans Affairs Committee Member Mike Coffman of Colorado said the VA isn't even aware of how many veterans currently have major depression or whether they are receiving proper care. VA officials told the committee hearing that the medication problem is complex and that the veteran suicide rate is unacceptable. 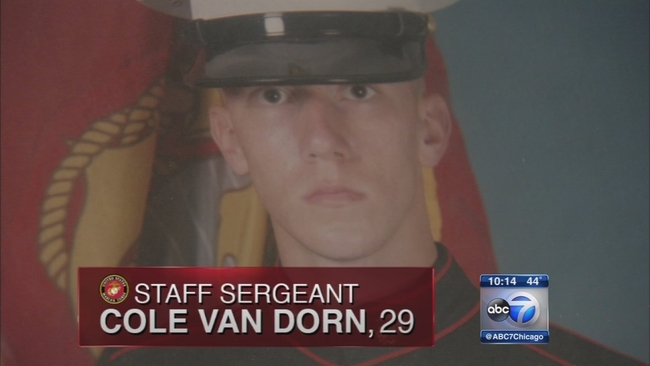 Father of Marine grapples with death of son after PTSD struggle