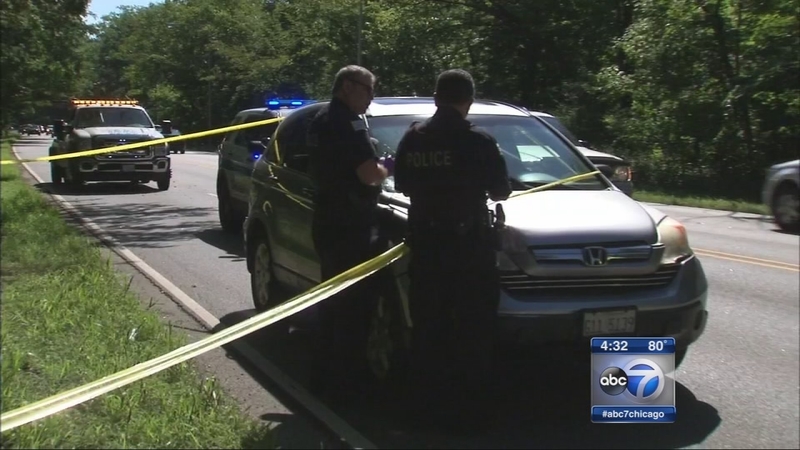 CHICAGO (WLS) -- A 56-year-old woman was struck and killed while jogging early Tuesday morning on Chicago's Far Northwest Side near Caldwell Woods.

She was jogging east in the westbound lanes of West Devon Avenue near North Mobile Avenue in the city's Norwood Park neighborhood around 7:05 a.m., police said.

Investigators said a car swerved the driver in the vehicle directly behind did not have time to react to her being on the road.

That vehicle struck the victim, identified to the Cook County Medical Examiner's Office as Cynthia Tatman of Chicago. She was rushed to Advocate Lutheran General Hospital, where she was pronounced dead.

Runners and cyclists go by on the path that runs parallel to Devon Avenue. Some wonder why the woman who was hit ran on the busy street rather than the path just a few yards away.

"How can people go and run to that side with no protection?" said runner Fernando Giraldo. "This is perfect."

Tatman lived just a couple of miles from the park. Neighbors said they believe she ran the route regularly.

"On the side of a road or on a path in the early morning when you're by yourself, no headphones and awareness in general," said CARA Training Director Leah Bohr.

"Being on a busy street with cars there, a car versus runner, it's never going to come out good for the runner," said Dave Zimmer of Fleet Feet Sports. "Never."