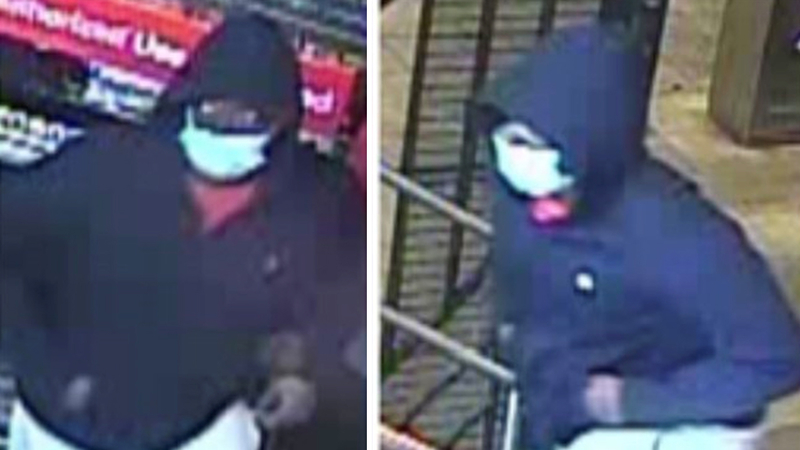 CHINATOWN, Manhattan -- Police released the first photos of the man suspected of fatally shooting another man in an unprovoked attack on a subway train in New York.

Daniel Enriquez, 48, was riding the Q train into Manhattan on Sunday morning when he was shot in the chest.

A heartbroken family member tells ABC News that he was a son of Mexican immigrants with a Master's degree from NYU and a career in finance.

Police have no idea why he would be the target of gun violence. He was said to be heading to brunch at the time of the shooting.

"According to witnesses, the suspect was walking back and forth in the same train car, and without provocation, pulled out a gun and fired it at the victim at close range as the train was crossing the Manhattan Bridge," NYPD Chief of Department Kenneth Corey said.

The shooter then fled into the station, and Enriquez was taken to Bellevue Hospital, where he later died.

The victim worked for Goldman Sachs, which released a statement saying, "Daniel Enriquez was a dedicated and beloved member of the Goldman Sachs family for nine years. We are devastated by this senseless tragedy and our deepest sympathies are with Dan's family at this difficult time."

Along with the photo released by police, detectives have a possible name of a person they want to talk to in connection with the shooting.

The person they want to talk to is a 25-year-old Brooklyn resident with about 20 prior arrests, including an outstanding gun charge from last year. He also has prior arrests for assault, robbery, menacing and grand larceny.

Detectives also believe they have recovered the gun used in the shooting.

They believe the suspect handed the gun off to a homeless man as he fled the station. The homeless man, in turn, sold the gun for $10 to a third person, who reported it to police.

There remains no identifiable motive for the shooting. Detectives have also recovered some cell phone video shot on the train.

The operator of that Q train released a statement through the TWU, describing his effort to give the wounded man chest compressions.

"I went to work expecting to do my regular job, not expecting to be the first person to a shooting, trying to help a person who was shot, someone with a gunshot wound," he said. "We're not trained for that. How can we mentally prepare for something like that?"

An eyewitness to the aftermath saw a lot of people running.

"Our car cleared out relatively quickly, and so I just started following everyone else," said Matthew Chavan, of Brooklyn. "Everyone isn't running for no reason."

Fellow riders are now wondering how they will be safe.

Andrew Park rides to the station for work and lives not far from where the subway attack targeting random riders happened in Sunset Park last month.

"I just cross my fingers every morning, hope that doesn't happen," he said. "But yeah, I do feel unsafe."