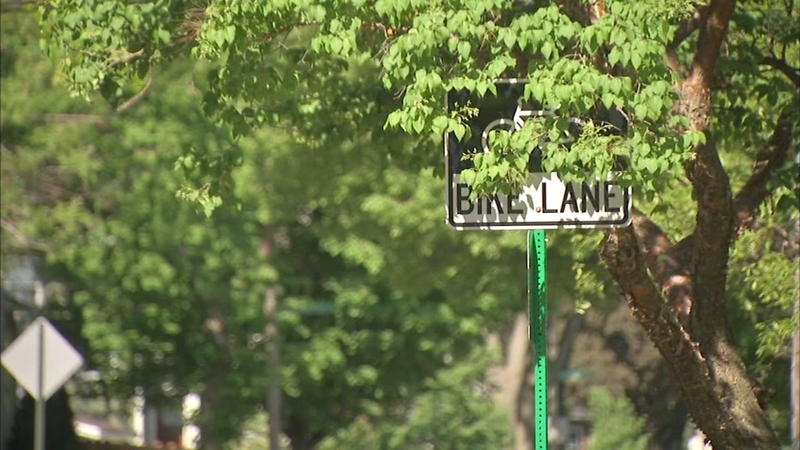 OAK PARK, Ill. (WLS) -- A 58-year-old Oak Park woman was injured Monday morning when a vehicle hit her and drove away, dragging her bicycle with it.

Oak Park police said the woman was biking south through the intersection of Home Avenue and Jackson Boulevard about 7:45 a.m. when the vehicle, which was driving east on Jackson, hit her.

The vehicle did not stop and dragged the bike along with it until the driver eventually got out and removed the bike from underneath, police said.

The woman suffered a cut to her forehead and shoulder pain and was taken by paramedics for treatment.

Oak Park police later found the driver, a 21-year-old Chicago woman, near her home. A witness identified her, police said.

She is in custody, awaiting charges, according to police.