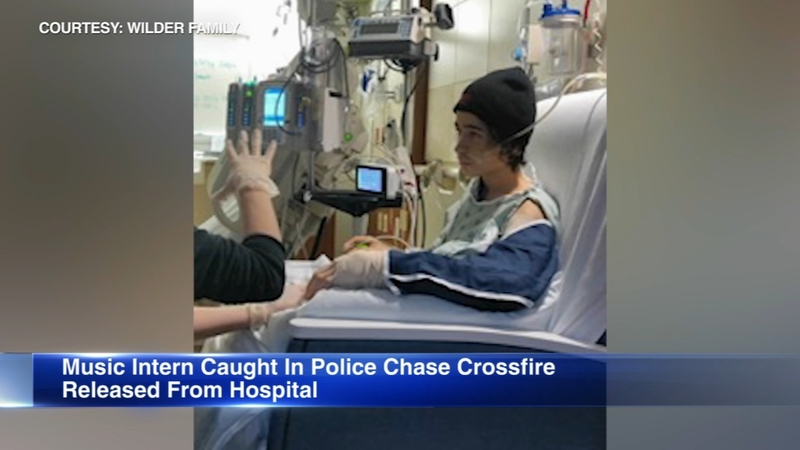 CHICAGO (WLS) -- The 15-year-old innocent bystander wounded during a shootout after a north suburban bank robbery last month has been released from the hospital.

Rylan Wilder, a Lane Tech student, was working at UpBeat Music and Arts when he was struck by a stray bullet during the exchanged of gunfire.

Police said 32-year-old Christopher Willis robbed a Bank of America in Des Plaines, then stole a vehicle and led authorities on a chase into Chicago's Old Irving Park neighborhood on November 19.

Wilder was discharged from the hospital after seven surgeries, according to his parents. He will also need at least two more surgeries, his parents said.