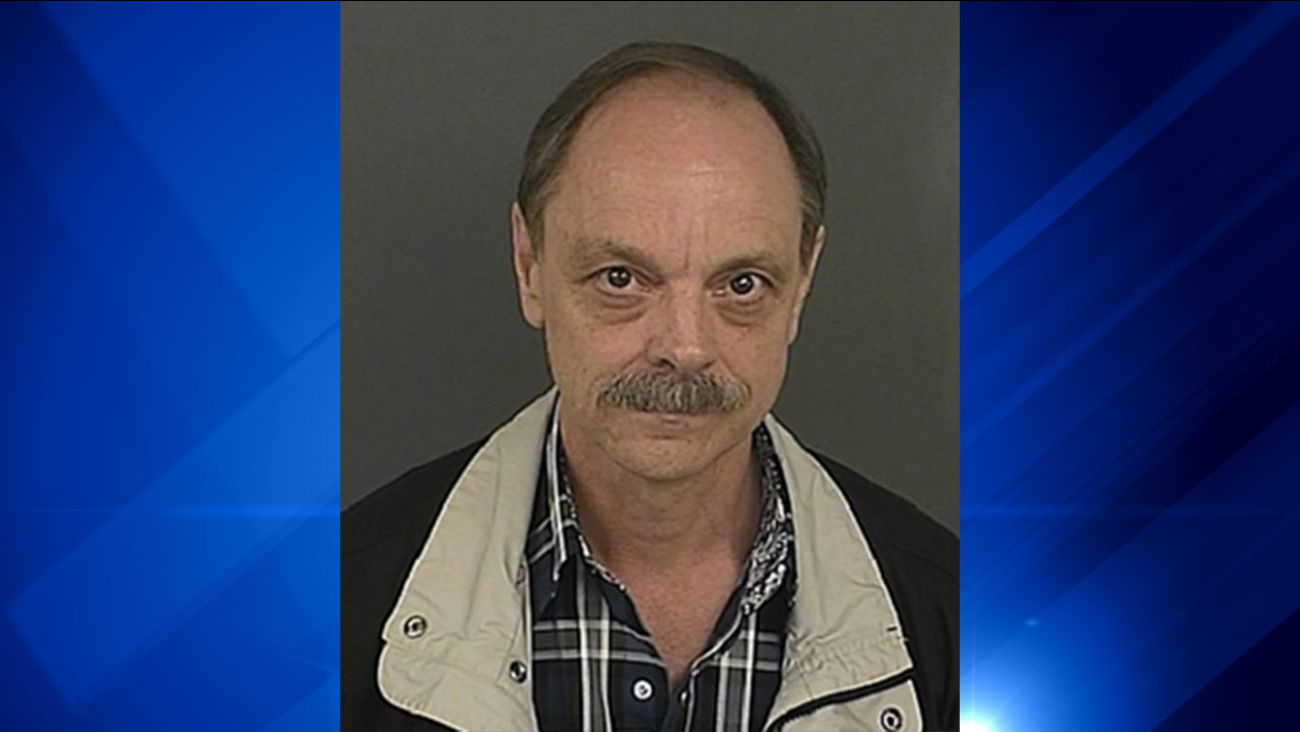 An airline captain based at Chicago O'Hare was charged Tuesday with reckless assault and practicing medicine without a license after prosecutors in Denver, Colorado say he removed a transgender woman's testicles during a botched surgery.

James Pennington, a United Express pilot who works out of O'Hare but lives in Denver, posted $50,000 bond in the case. In a letter obtained by the I-Team, the homespun-surgery patient says she contacted Pennington to have the operation.

Doug Richards, the Denver attorney representing the Chicago pilot, issued this statement in response to the letter: "We are aware of Jane Doe's press release. We have - and always will - support her. However, due to the District Attorney's charges, it would be inappropriate for Mr. Pennington to make any further comment at this time."

Pennington, 57, was arrested last week after police say he used an Army surgical kit to perform castration surgery in the transgender woman's apartment. The Denver district attorney on Tuesday filed one count of second-degree assault - reckless, and one count of unauthorized practice of medicine against Pennington who is scheduled for a court appearance in Denver on June 6.

An attorney for the Chicago pilot on Tuesday declined to comment. Pennington has been employed by United Express subsidiary ExpressJet for nearly 12 years, according to company records. An ExpressJet spokesperson on Saturday said the pilot was placed on administrative leave but offered no further comment explaining it was a legal matter. There is no record in Colorado that Pennington has a medical license although his background and training are not known.

Messages left for the person who underwent home-castration surgery were not answered. Police have not provided a name but the Denver address where the illicit surgery was performed is listed in police records obtained by ABC7. Her attorney declined comment.

However, a letter written by the surgical victim identified only as Jane Doe was provided to the I-Team on Tuesday by her attorney.

In it, the transgender woman claims that she wasn't a victim of Pennington and that he's not a monster. "I am a victim of a society, legal system, and healthcare system that focuses on trying to demonize transgender people and prevent us from getting the medical transition that is medically needed" writes Jane Doe. "Arranging a back-alley surgery was out of pure desperation due to a system that failed me. Legislating the sexuality of a trans child seems to occupy law makers time, yet they ignore basic access to healthcare that requires citizens to turn to desperate measures for psychological stability.

A few hours after the makeshift procedure, the transgender woman's wife noticed blood gushing from the wound while trying to change the dressing. According to a police affidavit, she called 911, and paramedics called police.

The Jane Doe letter tells a story of personal change and desperation. "I tried for many years to go through legitimate routes to get these surgeries which would make my physical genitalia match my gender. Yet every time something went wrong. Whether it be the loss of insurance, or changes in the law, I have been stopped at every single turn from completing my transition. Eventually it became too much. My body is my body, and my gender is my gender, and I am the only one who gets to decide how I want my transition to go."


"I had an unlicensed operation done in my home to remove my testicles. There was a complication during the operation and while the operation was successful in its purpose, I started to bleed heavily afterward and my spouse was forced to call emergency medical services. Shortly thereafter the man who did the operation was arrested, and shortly after that his name was released to the press who have now released several stories painting the man as a monster and me as a victim.

I am here to verify that I am indeed a victim. However, I am not a victim of 57 year-old James Lowell Pennington. I am a victim of a society, legal system, and healthcare system that focuses on trying to demonize transgender people and prevent us from getting the medical transition that is medically needed. Arranging a back-alley surgery was out of pure desperation due to a system that failed me. Legislating the sexuality of a trans child seems to occupy law makers time, yet they ignore basic access to healthcare that requires citizens to turn to desperate measures for psychological stability.

Do not paint me as a victim of naivety or obsession and do not paint Mr. Pennington as a monster.

I was assigned male sex at birth, however, my gender has been female since I developed any sort of gender identity. I have known that I was transgender since I was a young child. Around ten this identity became stronger and stronger. There was no confusion to me as to what gender I was. I knew that I was a girl. My only confusion was why my body was not the same as the gender of my heart, and why it was considered so wrong for me to be able to live as a member of that gender.

As I went through my adolescent years I tried various methods to destroy these feelings. I tried to just be a devout Christian and follow the Bible which I was raised by. I tried to be a gay man and just date men and be happy with my sex. However, religion cannot make someone something they are not, and gender identity and sexual orientation are separate aspects of a person.

Around 22 years old I decided to try to be true to myself and went to several therapists who quickly agreed that I was indeed a transgender woman and not simply suffering from some other mental illness which was causing me to experience these feelings. I then started female hormone therapy to help make my body match my mind, and started living full time as the woman that I always knew I was.

While I managed to obtain counseling and hormone therapy for a time, I ended up losing my insurance which made me lose both of these resources. This turned into the hardest time in my life, and began a trend of setbacks whenever I pursued transition.

Eventually I was able to get back on my feet and get back on female hormone therapy. This was in 2013, and I have been on HRT since then.

Since then my life has improved enormously. I no longer want to die as I did from childhood into my young adulthood because I could not be true to myself. I have met and married the love of my life as I no longer have had to hold back and pretend to be a man which always kept me from being able to seriously pursue a romantic relationship. The last few years have been the greatest in my life. Living as the woman that I have long known that I am has been a true blessing for me.

I have long been plagued by genital dysphoria - or in layman's terms feelings of extreme depression, stress, and overall negativity when one's genitals do not match those of their gender. One option available to trans women is an orchiectomy and involves the removal of the testicles. This completely stops the production of unwanted testosterone - a hormone which causes secondary male sexual characteristics and prevents estrogen from making desired changes on the body.

Due to these beliefs and a society which often demonizes transgender people led by politicians who try to outlaw our existence, treatment for transgender people is held back and stunted at every turn. Trans care is even portrayed as wrong. In several articles which spoke about this case it was stated that surgeons could not reattach my testicles as if that were a bad thing. Obviously, I wanted them gone and would have been traumatized had they been restored.

I tried for many years to go through legitimate routes to get these surgeries which would make my physical genitalia match my gender. Yet every time something went wrong. Whether it be the loss of insurance, or changes in the law, I have been stopped at every single turn from completing my transition. Eventually it became too much. My body is my body, and my gender is my gender, and I am the only one who gets to decide how I want my transition to go.

I contacted Mr. Pennington because he offered to do me a favor and help me get an operation which I so badly needed for my mental and physical health. Not only did my genitalia cause me severe psychological trauma, the gonads also produced testosterone which interfered with my female reproductive hormone therapy, and forced me to take a testosterone blocking medication which is highly dangerous to the body over long periods of time. I had been abandoned and tossed aside by a highly transphobic system and was kept year after year from completing my transition. Mr. Pennington presented me an opportunity to achieve this goal. He offered me a kindness which the environment I live in denied me.

So, no, I am not a victim of Mr. Pennington, nor is Mr. Pennington a monster. hope the District Attorney is kind to him, and while I hope he never operates again because of how dangerous it turned out to be, that he is not harshly sentenced.

I am one of many victims of a society and healthcare system which focuses on trying to bully and discourage transgender people into the shadows instead of realizing that we are here, we are real, and we deserve and absolutely need these medical resources. As long as this system continues in its present form there will continue to be events like this. Until this system is fixed and transgender people are encouraged and able to get the care we need, there will always be cases like me."