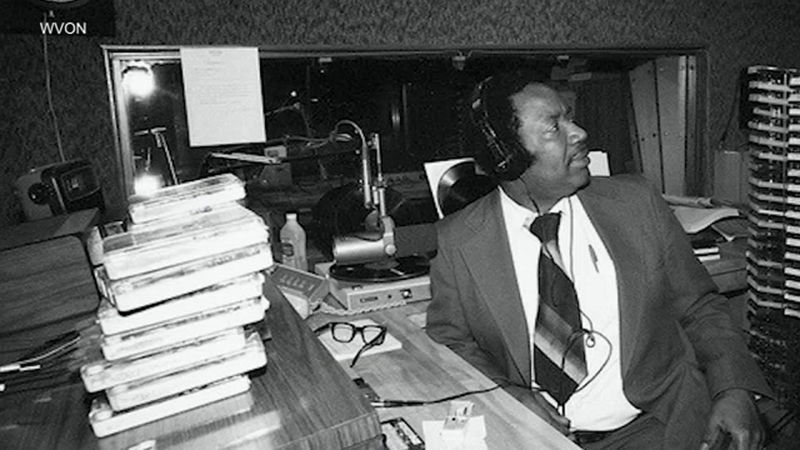 CHICAGO (WLS) -- Friends and family of Pervis Spann gathered Thursday to say goodbye to the broadcast and music legend.

His celebration brought friends from far and wide.

"He impacted nationally. There wouldn't have been a Barack Obama emerging here as a US senator if it hadn't been for Pervis Spann," said Reverend Al Sharpton. "So that's why I've traveled cross country to be here to say thank you."

Spann died last week at age 89 after a lengthy battle with Alzheimer's disease.

He died just a few months shy of his 90th birthday.

Spann began his radio career in the 1950s, later fulfilling a dream to be an African American radio station owner in the late 70s that would become WVON.

With his power behind the microphone and in business he jumpstarted careers and promoted African American musicians who couldn't get the attention of mainstream media.

"He took that gift that God gave him and he made artists that other folks might not listen to," said former Chicago alderman Dorothy Tillman. "He didn't just do the artist thing. He was here when we came here with Dr. King ."

Originally from a segregated Mississippi town, he became a force out of Chicago that gave voice to Black America, helping B.B. King launch his career and was known as "The Blues Man."

"When we think about those who have been giants in our society, Pervis Spann fits into that," said Rev Byron Brazier, with the Apostolic Church of God.

He also worked as a concert promoter, boosting Aretha Franklin and the Jackson Five's music.

Spann was a devoted husband to his wife, Lovie, for 67 years and father of four. One of his daughters, Melody, is now the president of Midway Broadcasting.

"Thank you God for a great father," said Spann's daughter, Latrice Levitt. "I will never say goodbye to you I will make sure you live forever."