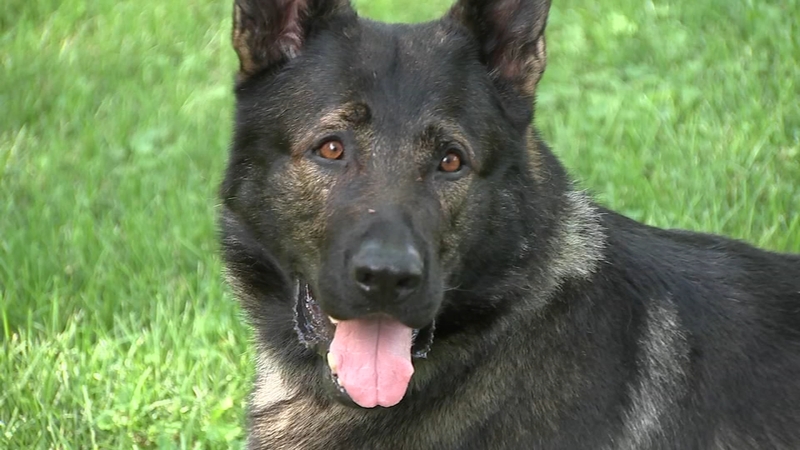 Lake County's K-9 of the Year, Dax, has been taught to tackle a number of obstacles, including overcoming claustrophobia to run through tunnels, as part of his training with his handler John Forlenza.

Dax, a Lake County police dog, has been named K-9 of the year.

That confidence got put to good use just one day after Dax returned from a competition. The police dog followed the scent of a missing man who was passed out in the woods a quarter mile away, likely saving his life.

Forlenza said the man "was able to walk out to an ambulance and he was transported to the hospital."

Dax is cross-trained to be able to track missing persons and cadavers, as well as narcotics and weapons.

At the recent competition, Dax won several awards, including "top overall police dog." Judges looked at everything from how well he tracked scents, to how firmly he controlled after a chase.

Alex Rothaker has trained Dax at TOPS Kennel in Grayslake since he was a puppy. But he said the dog gets only part of the credit.

"What makes a good police dog is a team, the dog and the handler working together," Rothaker said.

In his four-year law enforcement career, Dax has already tracked down 80 people.