Photographer poses pit bulls to show their 'softer' side

WLS
By LA Blake
1 / 11
Fancy, a dog from Second Chance Animal Rescue Society
Photo/Sophie Gamand Striking Paws
French photographer Sophie Gamand admits that she used to be afraid of pit bulls, but her latest project is changing that.

She was attacked by a big dog as a child, and that experience left her nervous around certain breeds. She said: "Each time I would volunteer photography at shelters, I would tend to tense up around big energetic dogs, especially pit bulls - because of the prejudices I had."

After gaining some recognition for her wet dogs series, Gamand said she felt a responsibility to spread the word about overlooked dogs in shelters--starting with pit bulls. But Gamand believed she would need a fresh approach for her work to get noticed. That's where the flowers came in.

"I realized that the way pit bulls are portrayed, even by photographers trying to make a difference, is always very harsh," she said. "The imagery associated with pit bulls is gritty, somber, highly contrasted, very urban."

Gamand calls her new series "Flower Power, Pit Bulls of the Revolution." The response so far has been overwhelmingly positive, she said. She is selling prints and has plans to sell a calendar of photos in the series, and proceeds will go toward the organizations that rescued her subjects. Gamand said the project has also been a positive experience for her personally.

"The more I hang out with my pit bull models, the more comfortable I am around that breed," she said. "Every dog is different and all the pit bulls I meet at these various shelters are amazing, wonderful, loving animals."

The level of danger posed by pit bulls--who are not technically a breed but a type of breeds--has long been the subject of debate. An extensive study by the Centers for Disease Control determined that "pit bull-type" dogs were involved in about one third of fatal dog attacks on humans. The same study explains that a number of factors influence whether a dog will bite, including both heredity and the way the dog was raised.

Gamand, who has witnessed violence by pit bulls first-hand, says she is now focusing on the latter of these factors. While in Puerto Rico for a photo project, she had to physically pull two pit bulls off of another dog they were attacking. As the dogs were running away, Gamand says she saw remorse in their eyes, and that got her wondering what the dogs had been through and how they had been raised. She believes that, as with any dog, it's the owner's responsibility to teach pit bulls not to attack.

In the end, Gamand said she understands where pit bulls' mean reputations come from, but she hopes that people who see her photos will reevaluate their prejudices against these dogs, as this project has done for her.

"They are powerful dogs," she said. "There is no denying that. But power does not necessarily mean violence."
Related topics:
dogsanimalphotography
Copyright © 2020 WLS-TV. All Rights Reserved.
DOGS 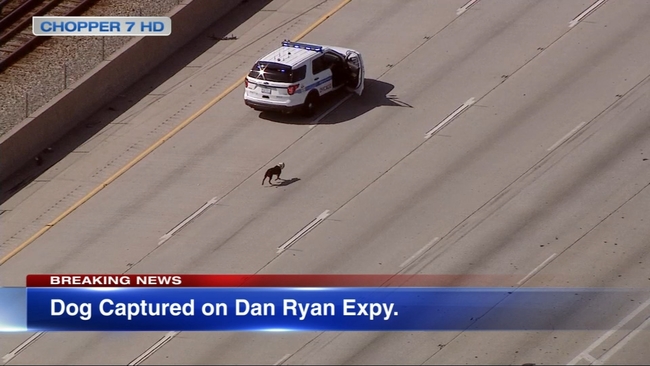