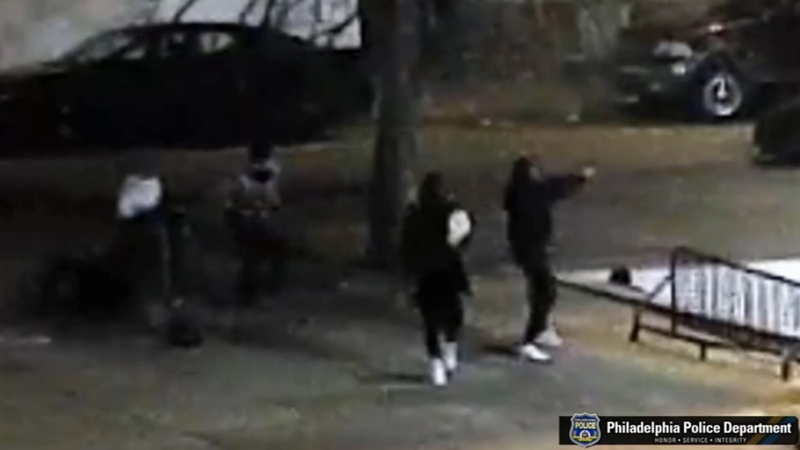 PHILADELPHIA -- Philadelphia police are searching for several suspects after over 60 shots were fired on a basketball court.

Police released surveillance video of the March 21 shooting on Monday.

According to police, shots were fired around 10:15 p.m. that night at the West Mill Creek Playground in West Philadelphia.

Authorities are also searching for a white SUV, possibly an Infiniti JX35, that was captured leaving the scene.

There were no reported injuries.