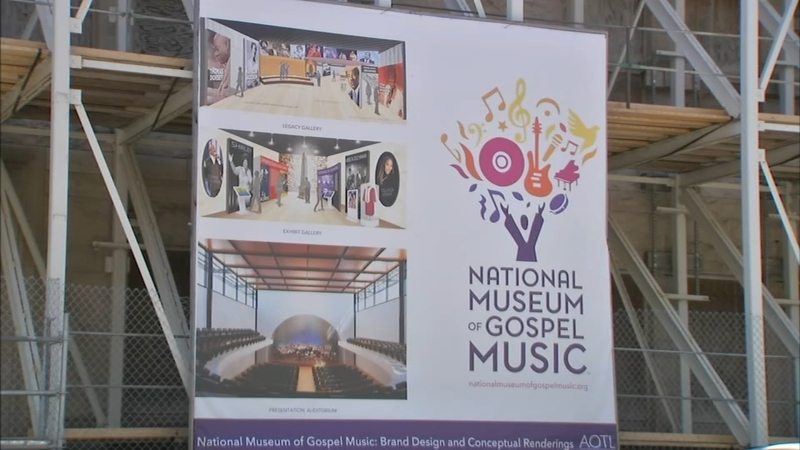 The song was penned by the church's former choir director, Thomas A. Dorsey, who is known as the "Father of Gospel Music."

"Gospel music plays a special role. It comforts us. It encourages us. It makes the soul rock in a different type of way," said Antoinette Wright, the president and executive director of the National Museum of Gospel Museum.

The church, a historic landmark, was destroyed by a fire in 2006. The goal was to rebuild the church. But with little progress over the years and other setbacks, they decided to change their prayer.

"It is hard to raise money for a church, so we decided to use the building, to repurpose it," Pilgrim Baptist Church Board Chairman Cynthia M. Jones said.

Building upon that dream of turning the former home of Pilgrim Baptist Church into the National Museum of Gospel Music has been a challenge.

"It is not often that a museum gets an opportunity to sit where the history was made. That's why this spot is so important," Wright said.

Pilgrim members know with faith they can climb any mountain.

"We are still working. We are still moving. The pandemic, well it delayed us, but it didn't stop us," Jones said.

Now those pushing for the museum are hoping new money from the state will kickstart fundraising for the project. State Sen. Mattie Hunter secured $2.1 million.

"This is our history. This is our culture. So we must preserve it," said Hunter, whose district includes Bronzeville.

Wright is working to raise $25-$30 million for the project.

"Raising money is always challenging, but if it is a good cause, it normally flows," Wright said.

A completion date for the museum hasn't been set in stone. But with an aging congregation, church members are praying they're around to see it.