Parents raised $300,000 and assembled Hermosa playground on their own
WLS
By John Garcia 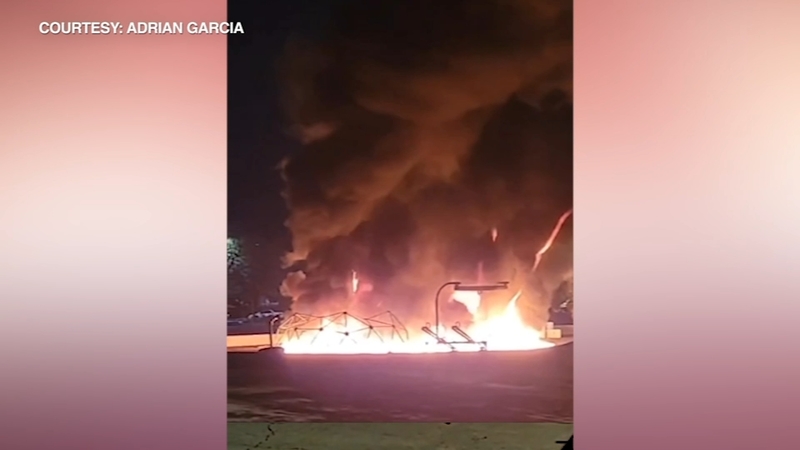 Hermosa school playground to be rebuilt after suspected arson

CHICAGO (WLS) -- Chicago Public Schools and a Northwest Side alderman are promising to rebuild the playground at Nixon Elementary that was destroyed by fire two days ago after parents spent years fighting to get it built.

Kids on recess played on the blacktop next to the burned playground equipment Thursday. It's personal for parents and those who live here. Community members raised $300,000 and assembled the playground on their own a couple years ago, only to see a fire destroy it.

"That playground just got built," parent Edwin Torres said. "That's a brand new playground. And here we are. Just got burned down."

"Sad, angry, confused about what happened in the community," parent Briceyra Zermano said. "It's too much."

Police said they suspect the fire was intentionally set, and the Arson Unit is investigating. They said they have several videos, but are looking for more.

Many of those who built the playground were back at the school Thursday to talk about what to do next.

"This was a travesty, what occurred in our community," 35th Ward Ald. Carlos Ramirez-Rosa said. "We're so glad CPS is taking this seriously."

CPS officials took part in the community meeting and also issued a statement saying, in part: "Chicago Public Schools was on site Wednesday morning to assess the damages and has committed to replacing the playground in collaboration with Alderman Carlos Ramirez-Rosa and the Hermosa community."

The alderman has pledged to contribute $100,000. CPS will pay for the rest.

"This better be a great playground, and it better be the playground that our children deserve," Ramirez-Rosa said.

Chicago police are still investigating as residents are planning a peace walk next week to send the message that this is not what the neighborhood is about.