March for Our Lives: Chicago youth featured at rally in D.C. 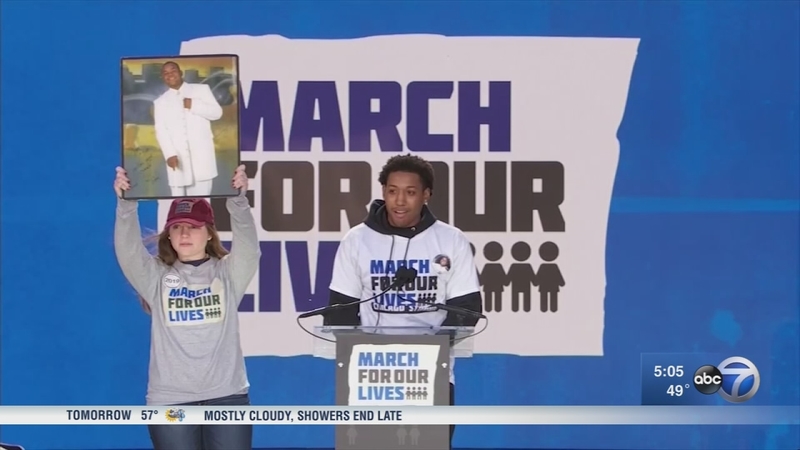 Chicago youth speak at March for Our Lives in D.C.

CHICAGO (WLS) -- Trevon Bosley, 19, was back to classes on Monday at Southern Illinois University Edwardsville, but over the weekend the Chicago youth spoke to thousands at the March for Our Lives rally in D.C.

Bosley was among a handful of Chicago youth who joined students from Stoneman Douglas High School in Parkland, Fla., where 17 people were killed last month during a mass shooting. 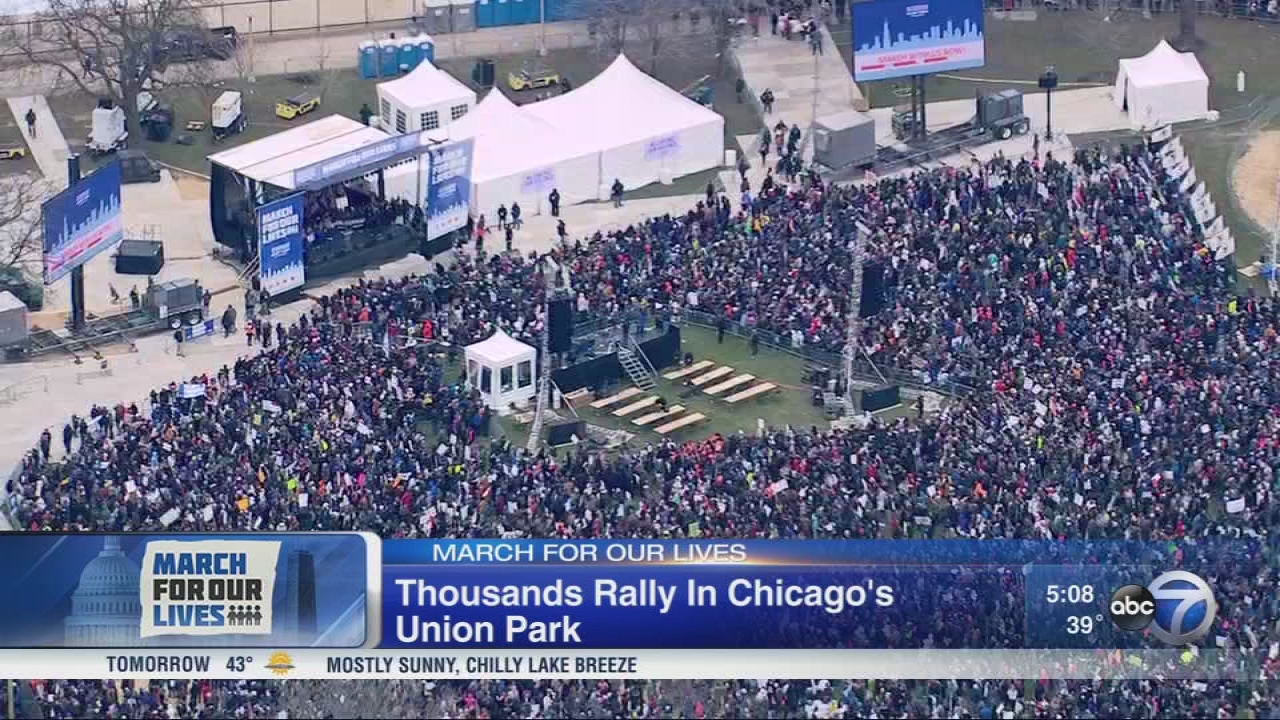 Chicagoans join March For Our Lives
Thousands descended on Union Park in Chicago, as well as other Chicago area locations, for the March for Our Lives event which aims to demand stricter gun laws.

"I'm not going to lie, I was nervous. My plan was to look past the crowd, but the crowd never stopped," Bosley said.

Bosley talked about the murder of his eldest brother, who was shot while leaving church on April 4, 2006.

Beyond the marches, he wants to see young people take action, including registering to vote.