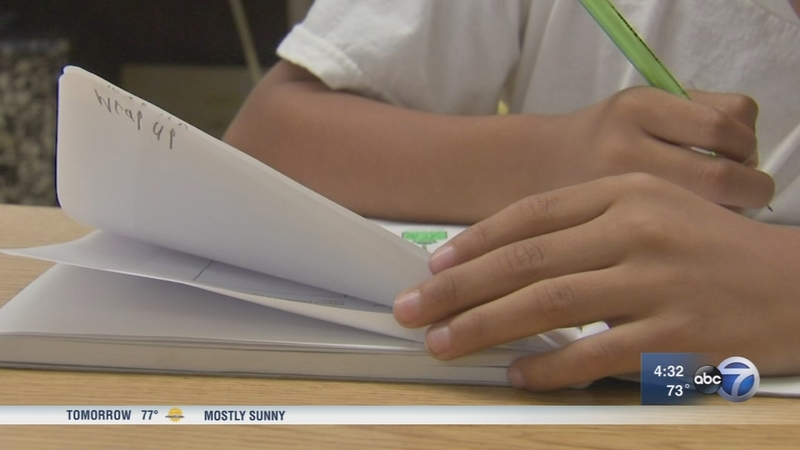 CHICAGO (WLS) -- Governor Bruce Rauner raised concerns Friday about the amount of money that will be going to Chicago even though his negotiators said Thursday they had worked out a compromise in principle with Democrats. But if the governor has some issues, the Chicago Teachers Union was even less enthusiastic about the plan.

The education funding compromise got praises from the governor when it was announced Thursday, but speaking before downstate business leaders on Friday, the governor said there were still problems.

"It's not fair but it's gonna end up being a compromise, it's not where we'd like it to be and what I'll try to do is fix the problems in subsequent legislation," said Gov. Rauner.

The Chicago Teachers Union also has major issues with one particular component.

"The legislature in the state has spent four years talking about trying to get the school funding formula more equitable, and we applaud that effort, but you don't increase funding equity by attaching a policy that does the exact opposite in the form of vouchers to it," said Chicago Teachers Union Vice President Jesse Sharkey.

The voucher program would provide $75 million a year, with the program sunsetting in five years.

The compromise also takes the so-called pension bailout for Chicago out and puts it in the pension code. Additionally, the deal removes unfunded mandates so school districts could be more flexible with programs such as drivers' education and physical education requirements.

On Friday, dozens of school administrators gathered for a luncheon in Rosemont where the compromise was welcome news.

"I think at least the room that I'm sitting in, with a lot of other superintendents, I think they are breathing easier, but again, the devil is in the details and I think we're still a few days away from Monday when a vote might occur. And things, as we know in Springfield, can sometimes fall apart," said Tony Sanders, CEO of Elgin Area School District U-46.

At a dedication of some new housing for low income seniors on Friday, Mayor Rahm Emanuel avoided questions about the details, but again praised the compromise.