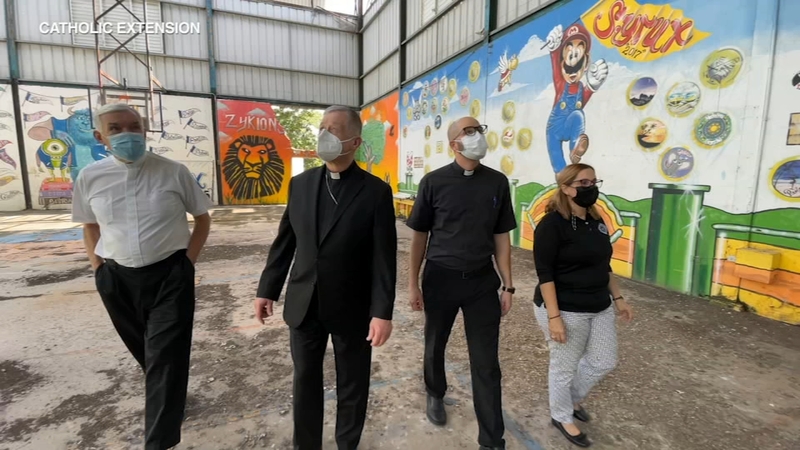 CHICAGO (WLS) -- Chicago's Cardinal Blase Cupich is in Puerto Rico and shared an update on the recovery there from past hurricanes and an earthquake.

Cardinal Cupich said that while there's been substantial progress since then, there is still a lot remaining to be done.

The Cardinal is seeing first-hand that many Catholic schools, in particular, are still damaged. Catholic Extension - the mission's organization that works in some of the poorest communities in America - shared video from the island. Cardinal Cupich is the Chancellor of the Extension.

The Cardinal said that more than $2 billion in federal money is already earmarked and being spent to fix public schools in Puerto Rico, but 30 Catholic schools remain damaged.

"There's one school where there's a high school and a grade school together," Cupich said. "And the high school's totally unusable. They've been put in the same building as grade school students. Their gymnasium was blown away, and for the most part, it stands as it did before."

"We're disappointed that the same priority wasn't given to the Catholic schools like it was the public schools," Cupich added.

One thing the Cardinal noted is how generous Chicagoans have been in helping to repair homes and businesses on the island, especially those who have family connections there.