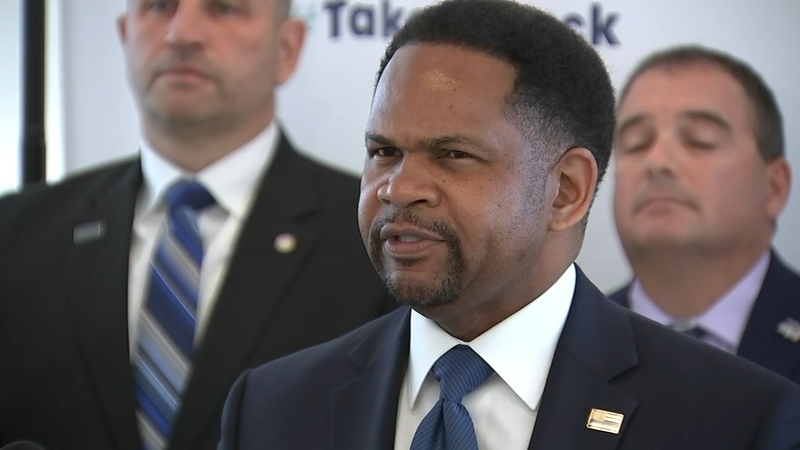 Joined by law enforcement representatives who are endorsing him for governor, Irvin continued his tough on crime rhetoric on the heels of a violent Memorial Day weekend where 47 people were shot, nine fatally, in Chicago.

"We have a governor who wants to handcuff the police rather than handcuffing those who commit crimes," Irvin said. "Emboldening the very criminals who are terrorizing our neighborhoods."

You've seen the ads, so you know the race for Illinois governor is heating up.

Irvin, who is in a tight battle with Darren Bailey in the Republican primary, blamed Gov. JB Pritzker and Democrats for the sweeping criminal justice reform act passed last year, saying things have to change to make people feel safe.

But while Irvin calls crime an epidemic, new statistics released by the Chicago Police Department show that shootings are down 15.6% from the start of this year through the end of May. Murders are down 7.7% compared to the same five months last year.

Irvin also found himself on the defensive about his recent criticism of the FOID, or Firearm Owner's Identification System, which he called "broken."

That despite praising Pritzker when he signed a bill in Aurora last August to expand background checks, a move in response to calls for gun reform after the mass shooting the Pratt manufacturing plant.

"Those FOID card changes were, you know, that Pritzker talked about was not enough to go beyond what we need to address those issues," Irvin said.