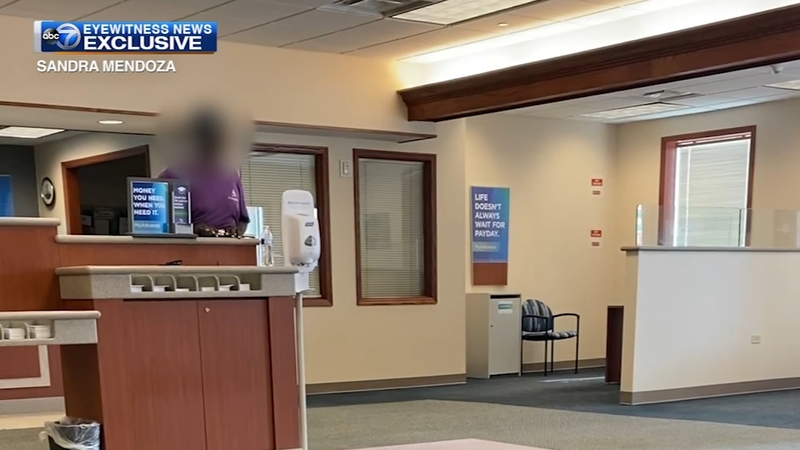 Now, we're hearing from two women who were inside the bank when this happened.

Illinois State Police are now in charge of the investigation, asking why the gunman went into a Romeoville bank and took customers and employees hostage. They all got out safely, and two of those hostages told a story about a very troubled man.

Hostages say the gunman - believed to be in his 60s - fired three shots inside the Romeoville bank Tuesday and started speaking to them.

Roxana Boyden descibes her harrowing ordeal after being held hostage at a Romeoville bank.

One of hostages, mother of four Roxana Boyden, recalled what the gunman said.

"He adamantly talked about how we're important," Boyden said. "We are moms, we have kids. He stated he had no one."

Sandra Mendoza descibes her harrowing ordeal after being held hostage at a Romeoville bank.

The gunman's motive remains unclear. The hostages estimate they were held captive for 30 minutes. During that time, the gunman talked about his own family.

"He said his mom had passed, and no one told him anything about it," Mendoza said. "In the obituary they didn't even include him as a son."

They also said he planned on dying.

"He literally told us, 'I'm here to die tonight, either I'm going to take my life, or they're going to take it. But I'm not leaving here today,'" Mendoza said.

Ultimately, the gunman set the hostages free. Once law enforcement arrived, he was shot, transported to the hospital, and pronounced dead.

The two mothers said those 30 terrifying minutes revealed what life is truly about.

"After all this, I'm a strong believer we should live life to the fullest and love one another no matter what," Mendoza said.