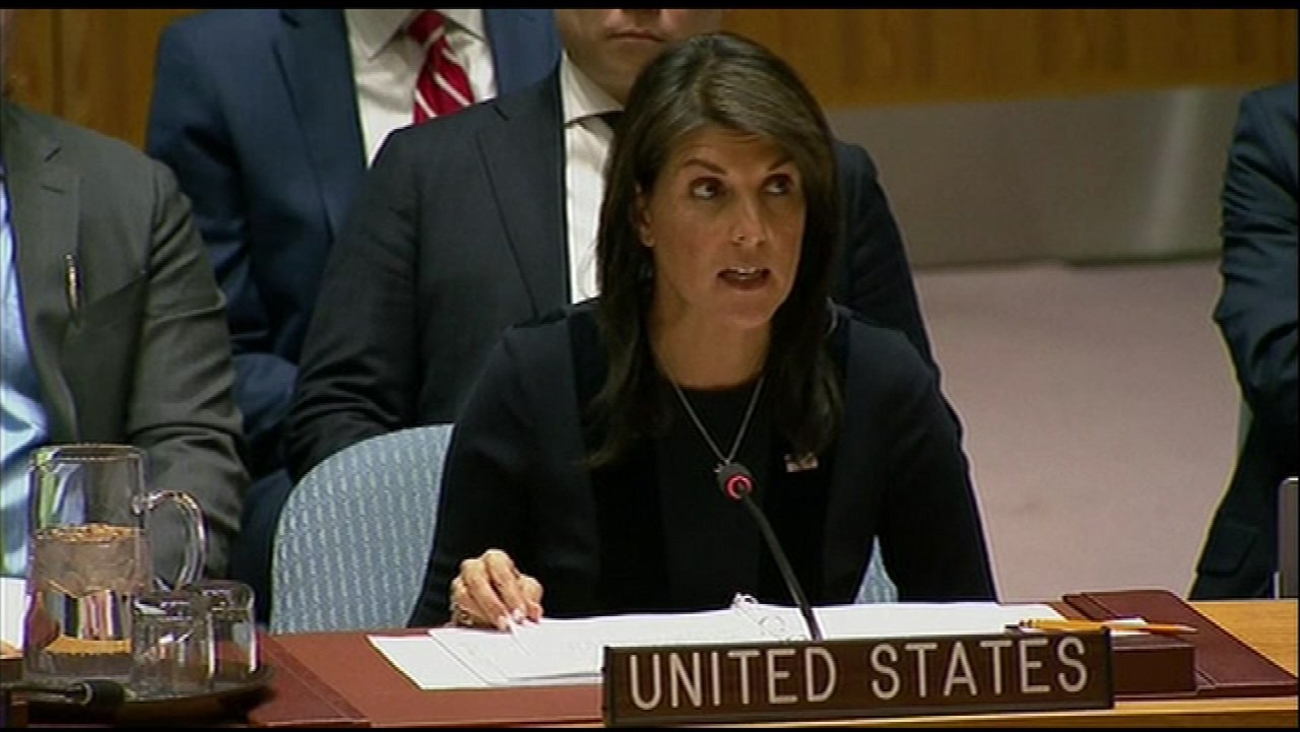 US Ambassador to the United Nations Nikki Haley said Wednesday the Trump administration "stands in absolute solidarity with Great Britain" following a nerve agent attack against a former Russian spy and his daughter in the English city of Salisbury last week for which the United Kingdom has blamed Russia.

"The United States believes that Russia is responsible for the attack on two people in the United Kingdom using a military-grade nerve agent," Haley said in her remarks at a UN Security Council emergency session, blasting the Russian government for flouting international law.

Russia has dismissed the accusations as "fairy tales" and denied any involvement in the attack against Sergei Skripal and his daughter Yulia, which landed the pair, along with an English police officer, in the hospital.

"If we don't take immediate concrete measures to address this now, Salisbury will not be the last place we see chemical weapons used," said Haley. "They could be used here in New York or in cities of any country that sits on this council."

"This is a defining moment," she continued. "Time and time again, member states say they oppose the use of chemical weapons under any circumstance. Now one member stands accused of using chemical weapons on the sovereign soil of another member. The credibility of this council will not survive if we fail to hold Russia accountable."