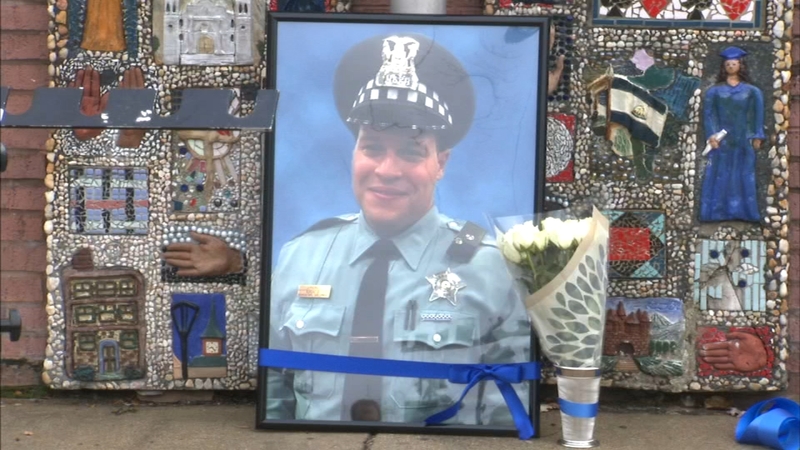 Jimenez was one of the three people killed in a shooting at Mercy Hospital on November 19.

The memorial was held at Foreman High School, where Jimenez graduated. During the ceremony, white roses were placed in front of Jimenez's picture and a moment of silence was held for this ultimate sacrifice.

Mourners also shared stories of how Jimenez impacted their lives.

"Too often we walk the streets and we see police officers and we don't think twice about the hard work they are doing to keep our communities safe," said Hermosa Neighborhood Association President Rupert Medina.

Jimenez's wife, Crystal, was overcome with emotion as she listened to the speakers.

Doctor Tamara O'Neal and pharmacy resident Dayna Less were also killed in the shooting, which began as a domestic dispute between O'Neal and her ex-fiancé, shooter Juan Lopez.