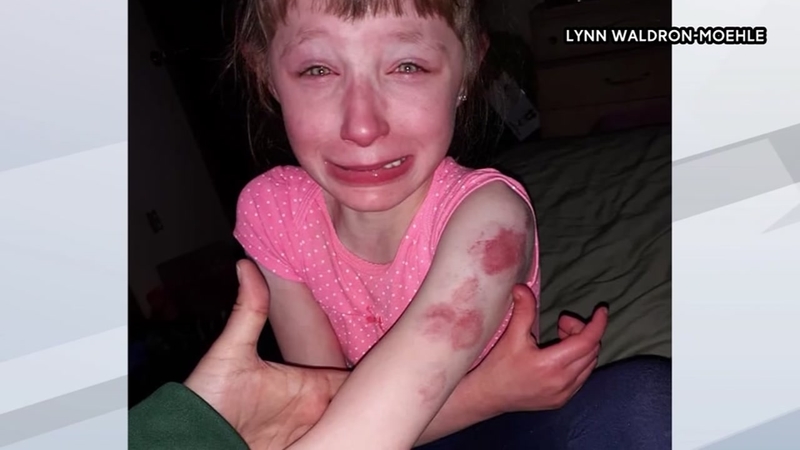 GREEN BAY, Wisc. -- An elementary school student in Green Bay, Wisconsin, came home with bruises on her arm after being bitten by another student multiple times on the school bus, according to WBAY.

When Waldron exited the bus Monday, she ran to her mother with tears in her eyes. Waldron was inconsolable, so her mother decided to calm her down by giving her a bath.

That's when she noticed the bruises.

Waldron's father said she sits directly behind the school bus driver in a bus with other students with special needs.

"She can't tell them to stop. She couldn't get away, because she's in a five-point harness car seat. She just had to sit there and take it and the bus driver wasn't stopping," Waldron's mother said.

All Green Bay Area Public Schools buses have video recording devices on them. The school district said it is now investigating the video.

Waldron's parents said the school principal already watched the video and told them it was "gruesome and horrifying to look at."

In a statement, school district Superintendent Michelle Langenfeld said, "Several administrators and myself immediately reached out to the family and met with them to address their concerns and provide support to ensure the physical and emotional well-being of our student."