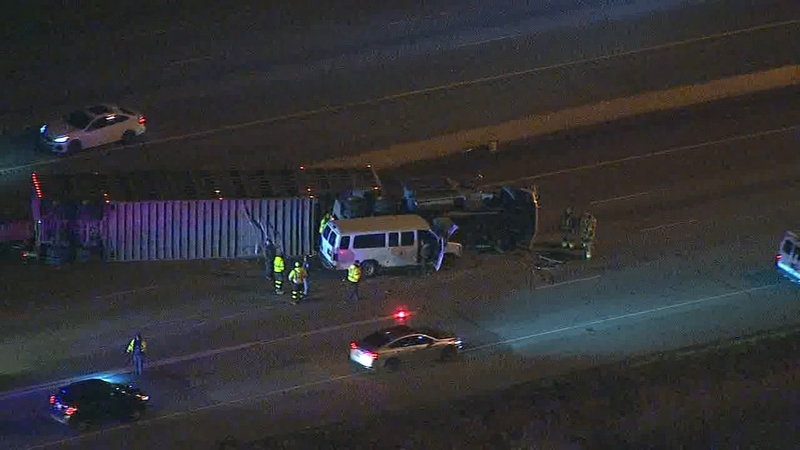 Sixteen cows died after a semi hauling cattle rolled over in the westbound lanes of I-80 in Northwest Indiana Monday evening.

Indiana State Police said the tractor trailer was attempting to enter the lanes from the Indiana Toll Road (I-90) around 4:30 p.m. The driver took the curve at too fast a speed and lost control of the truck, resulting in its rollover.

As a result, about 18 cattle were released while another 72 remained trapped inside the trailer. Indiana State Police said 16 cows died at the scene, some from injuries as a result of the crash and others that had to be euthanized by veterinarians who responded to the scene.

The driver was cited for driving at a speed greater than reasonable.

When the semi rolled over, it rolled into the path of a van, which crashed into the truck. Neither driver was injured, state police said.