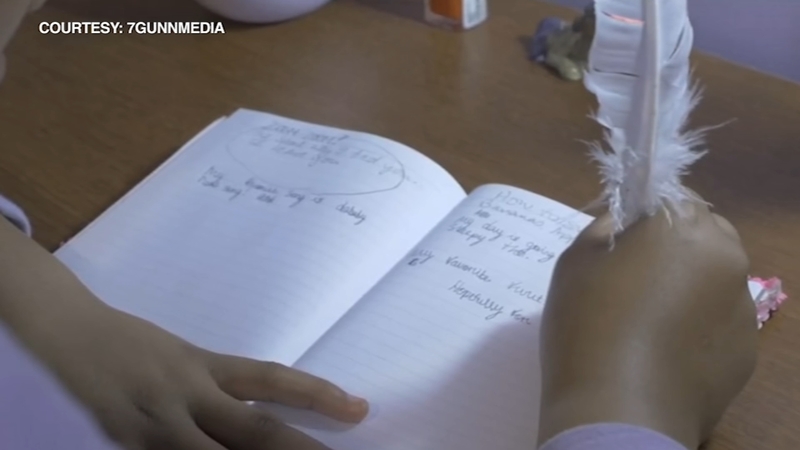 CHICAGO (WLS) -- A Chicago filmmaker created a tribute to the art of handwriting and a response to the 2005 film "The Sisterhood of the Traveling Pants."

Chicago's own Okema Gunn created the film "The Sisterhood of the Signatures."

"It's a short film about a 'tween who discovers a letter from her rest grandmother and she kind of enlists a group of her girlfriends to start a cursive letter-writing club," she said.

"I wasn't seeing us represented in that film and I know for a fact, when I was that age I would not have fit into those pants," she said laughing. "I said, 'You know what? I will just write my own.'"

The result: a celebration of the disappearing art of cursive writing to let young people know just how important that skill really is.

"You may not know how to do Z's or Q's or X's because those are pretty hard, but you can sign your name. That gives you power just by knowing how to sign your name," Gunn said.

Gunn is also a substitute teacher in Chicago Public Schools. She said she used that knowledge to shape her characters in the film and she used her young actors to help keep it real.

Gunn has already won a few awards for "The Sisterhood of the Signatures" and is working on her next projects.

Gunn is also looking back at a sci-fi book she wrote 10 years ago about schools of the future.