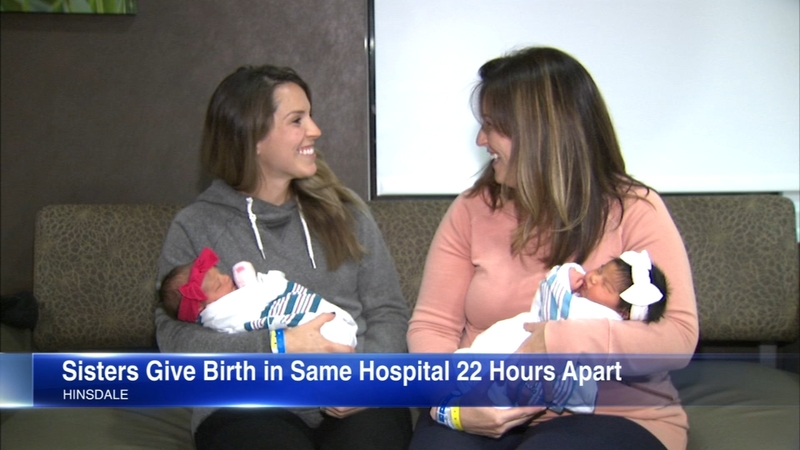 Earlier this year, Monica Manzke and Marie Walczak found out they were pregnant within a week of each other. As the time got closer to giving birth, the sisters started thinking, what if they delivered at the same time?

"That was the joke, basically the whole pregnancy. Maybe we'll be able to have these babies right together, since they were due so close. Never thought it would have happened," Manzke said.

"You know, she went to the hospital. Turned out she really was in labor and ended up having the baby at 2:45 in the morning on Oct. 26, the same day I was being induced," Walczak said.