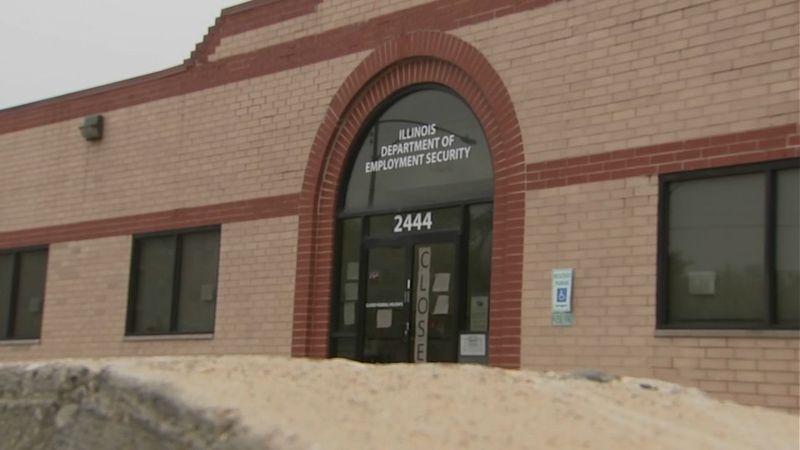 CHICAGO (WLS) -- Fallout is being felt across the country and Illinois from that massive unemployment scam. The ABC 7 I-Team found that some scam victims are now facing a new problem: they are wrongly getting their state income tax refunds stripped away.

"Oh, I was livid. I thought that this was all said and done. You know, December, I got this letter that said it was taken care of... I was on my merry way, this was done. I wasn't gonna have to deal with this anymore because it had been such a big project for me," Cheryl Kopczyk said about her project of fighting unemployment fraud. "I have made over 45 phone calls just getting everything shut off and getting a letter saying this was a fraudulent claim."

Kopczyk recently received another letter to her Joliet home from the state comptroller's office saying her state tax refund of $768 was being held.

It's because the Illinois Department of Employment Security said she was "overpaid." Kopczyk has been working at a big box store through the pandemic and never filed for unemployment.

"I've been working really hard all through this whole COVID thing. It's kind of like a slap in the face on top of everything else," she said.

The Illinois Comptroller acknowledged to the I-Team that tax garnish notices are being sent. They said the problem is in their office and around the country, as all states' unemployment offices are dealing with widespread fraud.

Appeals about garnished income taxes can be made on the comptroller's website or by mail, but they must be submitted within 60 days.

Kopczyk said she was frustrated with the process, so she called the I-Team. The comptroller's office now says her check is in the mail.
"Had you not gotten involved they probably would be still waiting because they said I had 90 day to wait. So that's another three months," added Kopczyk.

But what does IDES say about this new problem related to the fraud? The agency said it can't talk about specific cases, but told the I-Team that when they decide there's been an unemployment overpayment on a case, that information is sent to the Comptroller. They added that, unfortunately, some fraudulently filed cases fall through the cracks when the state doesn't flag them in time, like in Kopczyk's case.

"It makes me very nervous because my identity was stolen this way, is there someone out there making ID's and credit cards and everything else under my name?" wondered Kopczyk. "I have had to put freezes on my credit ratings, put lock downs on my credit cards."

Others problems stemming from unemployment fraud could include victims being taxed on unemployment income they never received.