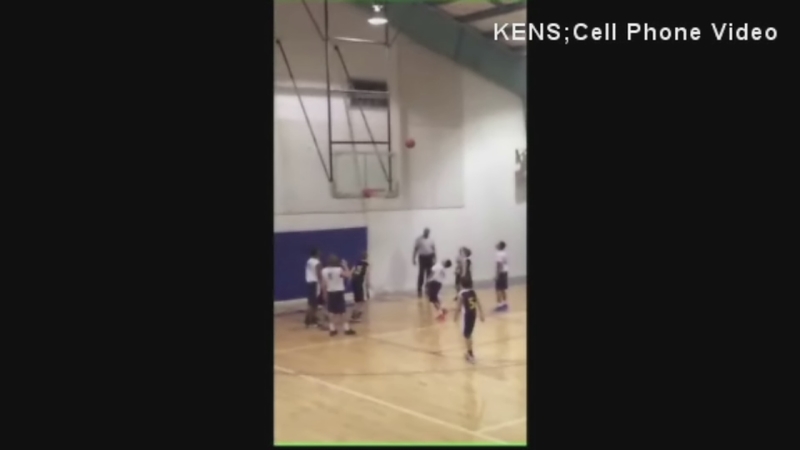 SAN ANTONIO, TX -- Players on a Texas eighth grade basketball team didn't care as much about the final score of their game as they did about demonstrating the meaning of good sportsmanship.

In the 4th quarter of the game, Goliad was leading the score of the middle school basketball game 42-14 when a new player came in. Players for Poth Middle School soon realized this was no ordinary last-minute substitution.

Poth athlete Benjamin Lamberth said, "We saw that the other team was trying to help him, and so we gave him the ball to shoot."

Joe McKinney, Poth Middle School Basketball Coach, said, "The rebound, it was a nice rebound. And he passed it to the kid and I was like, 'huh, what are you doing' and then I realized what he was doing."

Number 45 is an athlete with special needs. Opposing players Benjamin Lamberth and Hunter Norment didn't know his name, but knew they wanted to help.

"We gave him the ball over and over again," Lamberth said, until the boy hit a second jump shot.

Coach McKinney said it was obvious during the game what the sportsmanship from his players on the court meant to the athlete's mother.