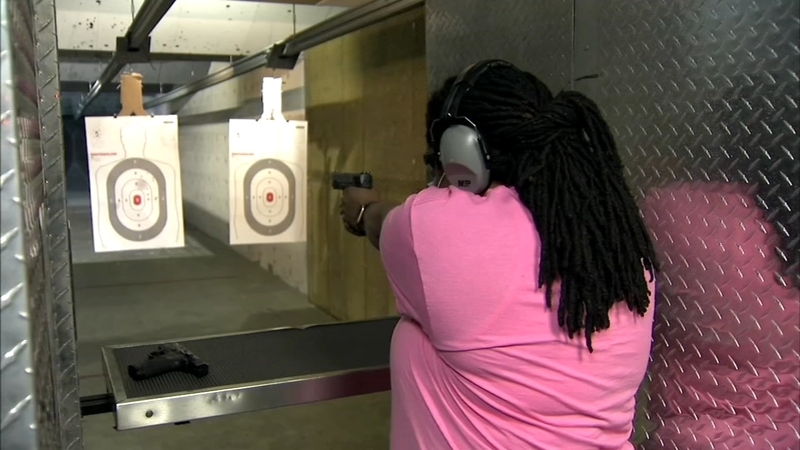 Not only is the southwest suburban establishment the first - and right now, only - African American-owned gun range in the state, it's believed to be just one of three in the entire country.

"When my brothers and sisters come through, they are comfortable and that's important to me," owner Joe Stanford said. "They don't feel like we're doing them a favor by letting them in. We want to show the love."

Already the owner of a successful security company with his stepfather, Stanford bought the Bridgeview gun range when it was in dire financial straits and about to close last year. He's hoping to change the perceptions of black gun ownership.

In the last few months since then, the range equipped with nine shooting lanes has welcomed a surge of women of color into its inclusive community.

"We have a lot of young women, black women in particular, who want to come in and learn how to use a firearm safely, also to be able to protect themselves and their family," firearms instructor LaShan Pettis said.

"Now everybody's getting carjacked, so they want to make sure they family is cool, they cool," gun owner Gabrielle Burns said.

"They are able to see someone similar: it's the color of our skin, it's the gender, female," Longoria said. "It's like, if she can do it, I can do it."