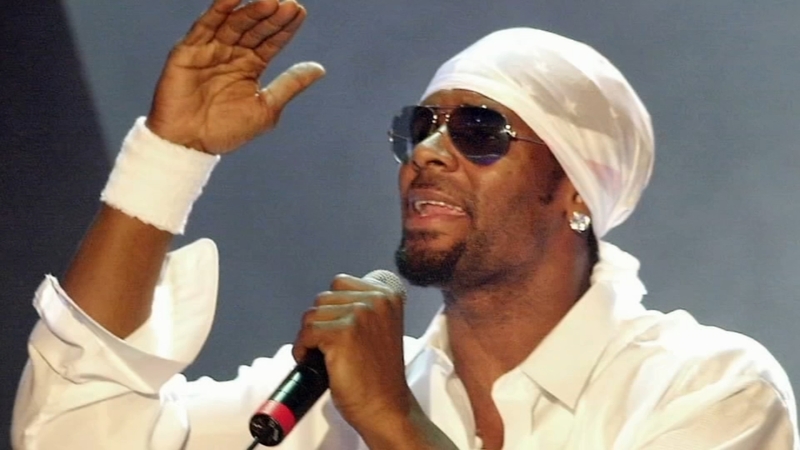 CHICAGO (WLS) -- City inspectors will conduct an inspection of R. Kelly's warehouse on the Near West Side after a judge's ruling Friday.

City attorneys said there is concern that people may be living in the warehouse at 219 N. Justine Avenue. The warehouse is not zoned for residential use.

"If someone is living there and the property has not been converted properly to living space, it could create a safety concern if a fire breaks out or there could be a number of things that could go wrong," said Kimberly Roberts, an attorney for the city.

An attorney for R. Kelly said there was not an emergency and they would be happy to grant access in 30 days. The judge ruled in favor of the city, and an inspection will take place next Wednesday.

"There is no truth to any of the specious allegations regarding that premises," said Melvin Simms, an attorney representing the building's tenant.

Some around the property on Justice said there have been efforts to get Kelly out of the area and say they've often seen young women coming and going from the building.

"We see a lot of traffic coming in and out. We see young girls, sometimes older girls. Parents dropping them off, ubers, cars. Limousines come and a bunch of girls come out, run in there screaming," said Melanie Rolon, who works in the area.

People who work in the area also told ABC7 Eyewitness News that they've noticed someone has put padlocks on the building's dumpsters in recent days.

In the midst of an onslaught of allegation, R. Kelly attorney Steve Greenberg remains defiant.

"We know what happened and we know those things didn't happen," Greenberg said. "The man was not operating a harem or a sex cult or holding people hostage or anything like that."

Greenberg spoke with ABC News on R. Kelly's behalf for the first time since the release of the Lifetime docuseries.

ABC: "Do you know if he plans to have any legal action against anyone?"

ABC: "For what, defamation of character?"

Greenberg: "For defamation because people shouldn't be able to do this to someone."

And regarding those decades-long claims that Kelly is involved with minors...

ABC: Does he deny ever having a sexual relationship with someone who is under the age of consent?

Greenberg: "Yes, he absolutely does."

ABC: "Was he married to Aaliyah when she was 15?

Greenberg: "Except that my understanding is that she did not claim to be 15. And in order to get married she had to lie about her age."

ABC: "And he is saying that he had no idea."

Greenberg also responded to allegations made by the Savage family, who claim the singer is holding their daughter, Jocelyn, against her will.

Greenberg: "No one ever complained about anything until some producer came and found them."

ABC: "Well that's not exactly true because the Savages do have police reports that they've filed, right, saying that R. Kelly's former manager and current manager threatened them...and that's been documented by police."

All of this comes on the heels of Lady Gaga's announcing she has pulled her 2013 collaboration with R. Kelly, "Do What U Want" from streaming services.