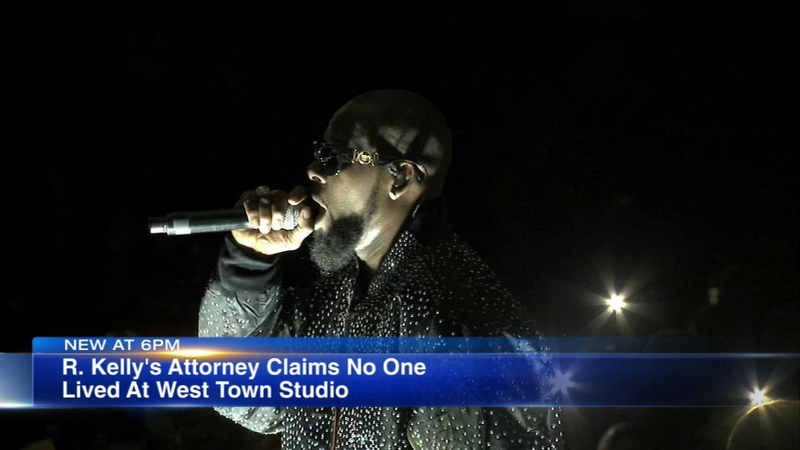 The lawyer, Melvin Sims, described the inspection as "uneventful" and said it debunked previous concerns that someone may be living in the studio, which is not zoned for residential use.

"There is no one that lives at that premises nor has anyone or is anyone living at the premises. No one lives there," he said.

Inspectors arrived shortly after noon Wednesday and while a gaggle of media was stationed outside, cameras were not allowed inside the building.
In a statement issued at about 4 p.m., the Department of Buildings said inspectors "observed building code violations including evidence of residential use which is noncompliant with the zoning code and work performed without approved plans or permits."

A man who identified himself as R. Kelly's stepbrother, but who refused to provide his name, showed up at the warehouse Wednesday morning to defend the singer.
"He's not a monster. He's a human being just like us. He's not a monster at all," the man said.