Behind-the-scenes look at 'The Chi' on Showtime 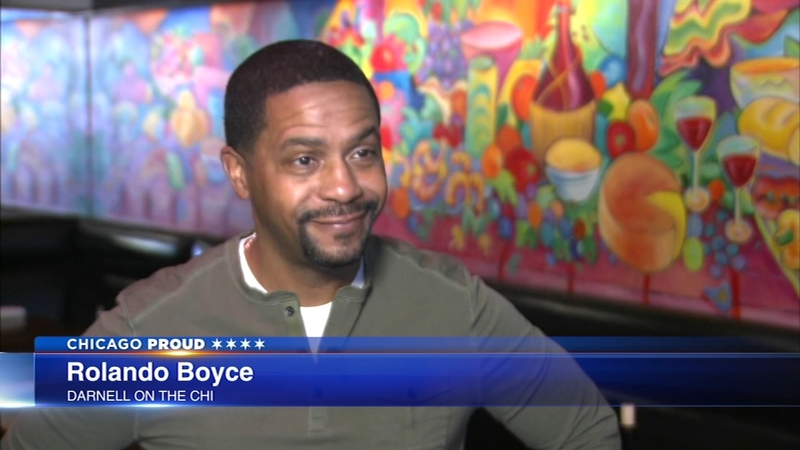 Behind-the-scenes look at 'The Chi' on Showtime

CHICAGO (WLS) -- It's Hollywood in Chicago! The popular Showtime series 'The Chi,' filmed in Chicago is about to launch Season 5!

Roz Varon met up with a couple of the show's key actors to discuss the new season and some behind-the-scenes fun!

Roz first met Yolonda Ross last year during Breast Cancer Awareness Month, after her character, Jada, was diagnosed with breast cancer. She had the chance to catch up with her and Rolando Boyce, who plays her ex, Darnell, on the hit show!

They have every reason to celebrate season five of The Chi. The hometown show is more popular than ever!

Q: How does it feel to be a Chicagoan, doing this show in Chicago, about Chicago?

Rolando Boyce: It's incredible! It's a dream come true. I watched it, of course because it was in Chicago, I knew a lot of friends who were actors from Chicago who were gonna be on the show so I wanted to support them as well, and I was watching it and I was like, man, this is a really good show, I need to get on that show!

Ross: There were, like, two jobs that I really wanted and this was one of them, being this character, I was like, I know her! That's my sister, that's me, that's my aunt, that's all these women that I know.

Q: ! have to tell you, I like Darnell better in season 4 than in season 2!

Q: Your favorite moment from "The Chi?"

Ross: There was a point where we were both on my couch, on Jada's couch and I forget what we were talking about, but I put my toes in his face, I was laying back and he was sitting down and he said something and the next thing I know I put them up in his face and we both laughed about it!

Boyce: I'm a Desert Storm veteran. I am a die-hard Sox fan! Although everyone else, and I don't know what's wrong with them, a lot of my family members are Cubs fans, which, you know, you can edit that out, nobody needs to know that!

Q: What surprises people about Yolanda?

Ross: I'm a filmmaker as well as an actress. I feel there are a lot of things missing on screen these days and I want to be the one to write certain things to get them out there.

Q: So what should we be looking for in season 5?

Boyce: More growth, more development. And that's, as long as I want to continue to work, that's all I'm going to say! That's it!