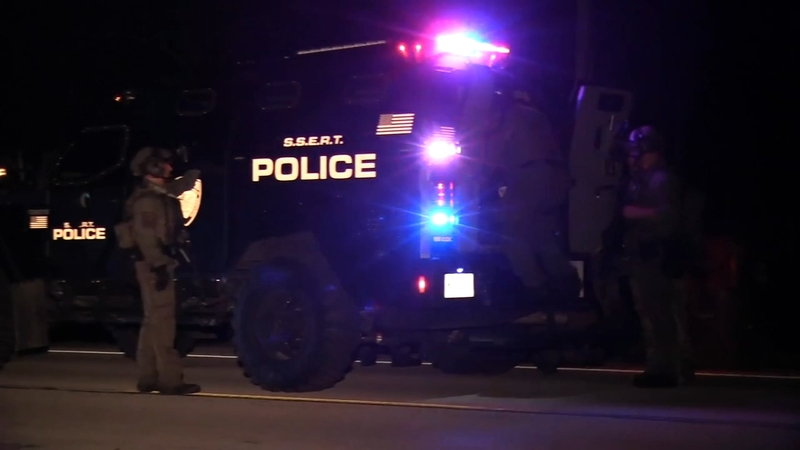 TINLEY PARK, Ill. (WLS) -- Police in Tinley Park conducted a massive search for several suspects who may be connected to a shooting in Posen and a double homicide in Hammond, Indiana.

Posen police notified surrounding agencies to look for a white Chrysler 300 in connection with a shooting that happened last weekend.

No one was hurt in that shooting but the car is believed to be stolen.

The suspects' vehicle was spotted by a Tinley Park officer going north on Ridgeland Avenue and the vehicle sped away before crashing into the railroad tracks at Ridgeland and Oak Forest avenues.

A 17 year old was arrested and two to three others ran away in a forest area near the tracks.

Police created a perimeter and conducted a massive search for the remaining suspects.

Authorities ended their search Friday morning after it was determined that the suspects had left the area.

"At about 5 a.m. it was determined the subjects were no longer in the area. What we did in Tinley Park is we left officers at every school," said Tinley Park Police Chief Matthew Walsh.

Hammond police said their detectives have not yet identified suspects in the double homicide, but said the vehicle recovered in Tinley Park is possibly involved.