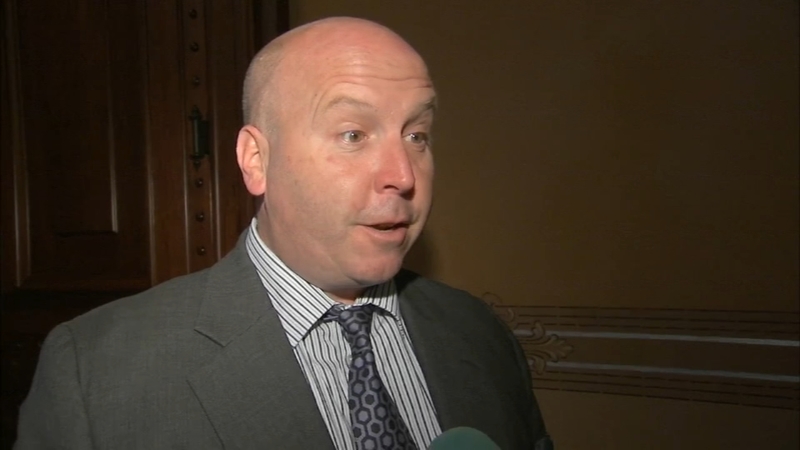 Cullerton, D-Villa Park, is accused of collecting more than $274,000 in salary and benefits, but doing little or no work for the union, according to the grand jury indictment handed up Friday. Cullerton, a veteran, took the union job several months after he was elected in 2012.

The 49-year-old is facing 39 counts of embezzlement, one count of conspiracy to embezzle from a labor union and a single count of making a false statement about a health care matter.

Federal prosecutors allege that Cullerton used the proceeds from the alleged scheme to pay personal expenses, including his mortgage, utilities and groceries.

"All I can say is that, of course, I'm very disappointed, I am disappointed in any public official that isn't living up to the obligation that they have to the voters that sent them there, and to the people that they represent," said Gov. J.B. Pritzker.

The state senator was one of the most vocal lawmakers during the Quincy Veterans' home legionnaire's crisis.

Federal officials allege that for three years, starting in the spring of 2013, Cullerton conspired with Individual A, identified as the president of Teamsters Joint Council 25, to be a union organizer. But the indictment alleges Cullerton, who previously had worked for Teamsters Local 734, did virtually no work, and ignored repeated requests by union representatives to do his job.

Prosecutors said Cullerton was a member of the Teamsters Union Local 734 prior to his election in 2012 and was no longer eligible to participate in the union's health and pension funds. Cullerton was hired to serve as a union organizer by the Teamsters Joint Council in March of 2013 for a full-time salaried position, which included benefits from Local 734's health and pension funds.

Cullerton received $188,320 in salary, bonuses and cellphone and vehicle allowances from the position until February 2016, prosecutors said. He also allegedly received $64,068 in health and pension contributions.

Cullerton is also accused of fraudulently obtaining $21,678 in reimbursed medical claims from the Local 734's Health and Welfare Fund and making it appear that he was a "route salesman" for the union in paperwork submitted to medical providers, the indictment said.

Cullerton's attorney released a statement saying, "As an honorably discharged veteran of the United States Army and highly respected public servant, Tom Cullerton is a person who is dedicated to his family, constituents, and all Illinoisans. The action by the U.S. Department of Justice has nothing to do with Mr. Cullerton's work in the Illinois State Senate but is the result of false claims by disgraced Teamsters boss John Coli in an apparent attempt to avoid penalties for his wrongdoing. These allegations are simply not true, and we will be defending the charges in court."

ABC 7 confirmed that John Coli was the Union President of Teamsters Joint Council 25 at the time. Coli pleaded guilty in his own federal indictment on Tuesday, the U.S. Attorney's Office said.

Cullerton was not at his Villa Park state senate office today. A spokeswoman said he was out of town at a family reunion.

A spokesman for Senate President John Cullerton issued a statement saying, "This is clearly part of an ongoing investigation. The Senate President reminds everyone we have a system of justice that presumes everyone innocent until proven otherwise."

"I have not read the indictment. I can't imagine the toll that it's taking on Tom's family," Harmon said. "We will see how this shakes out."