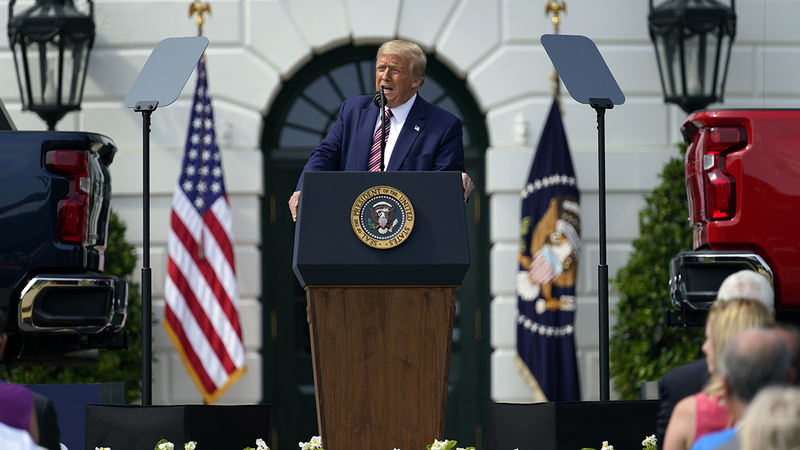 About 60% of Americans responded that they did not approve of how the president handled the crisis, up steeply since the early days of the outbreak. In late March, 51% of those who responded to the national survey, a slight majority, showed approval.

Only 34% said they trust what Trump has to say about COVID-19.

There's also a disconnect in terms of priorities, with Americans, by 63-33%, saying it's more important to control the spread of the virus than to restart the economy, a goal Trump has stressed. As of Friday, the United States has become the worst-affected country, with more than 3.5 million diagnosed cases and at least 138,300 deaths.

This poll comes as members of the president's own Republican party publically criticized his handling of the pandemic.

"There's no secret, I think, that there are other Republican elected officials, both governors and senators and congressmen who have some frustrations," Hogan told "Good Morning America" Friday in an exclusive interview.

White House Press Secretary Kayleigh McEnany was quick to point out that the Republican governor had previously spoken positively about the president, calling the op-ed "revisionist history."

Trump has attempted to steer the conversation away from coronavirus and toward the economy. On Thursday, the White House turned an official event into an elaborate photo opportunity, featuring pickup trucks and giant weights symbolizing government regulation. During the event, he labeled Democratic rival Joe Biden as the biggest threat to the nation.

"Our entire economy and very way of life are threatened by Biden's plans to transform our nation," he said.

Wednesday's ouster of campaign manager Brad Parscale was the campaign's clearest acknowledgment that Trump's reelection effort is in need of a course correction. Parscale, whose role had already been diminished, was replaced by Bill Stepien, an experienced GOP operative.