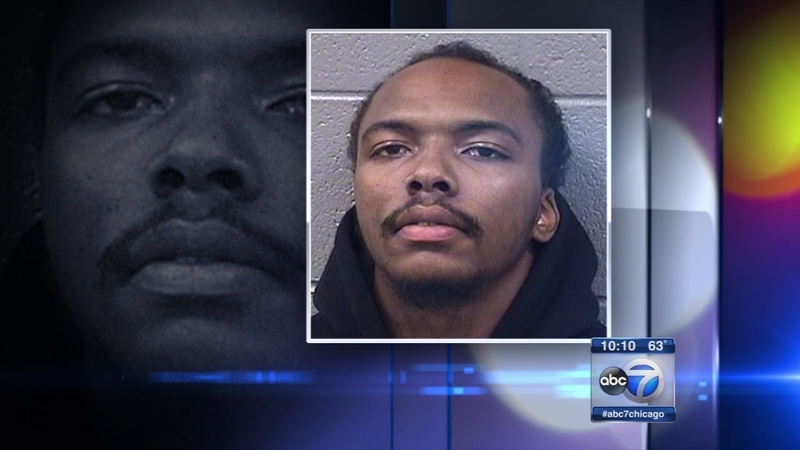 Suspect in Tyshawn Lee murder planned to shoot up park

CHICAGO (WLS) -- The suspected triggerman in the murder of a 9-year-old boy wanted to inflict even more pain and suffering on his young victim and other children, prosecutors revealed Tuesday.

Dwright Boone-Doty, 22, of Chicago, has been charged with first-degree murder in the November fatal shooting of 9-year-old Tyshawn Lee in the Gresham neighborhood.

Police say Tyshawn was killed because his father, Pierre Stokes, was a ranking member of a rival gang.

Tyshawn's death was the result of a gang war between the Black Pstones and the Gangster Disciples. The feud came to head, prosecutors say, as result of the October 13 fatal shooting of Tracy Morgan, 25, the brother of Doty's co-defendant Corey Morgan, 27, who is also charged in Tyshawn's murder.

Cook County State's Attorney Anita Alvarez said Corey Morgan stated that since his brother was killed and his mother was shot, he was going to kill "grandmas, mothers and children." The Pstones began going out daily, armed with guns, looking to get revenge, Alvarez said. The group first targeted Tyshawn's grandmother, Alvarez said. Doty said he also originally planned to kidnap Tyshawn and cut off fingers and ears, Alvarez said.

On Nov. 2, three men lured Tyshawn from a playground into an alley near West 80th Street and South Damen Avenue in the city's Gresham neighborhood. The fourth grader was shot several times in the head. His basketball was found nearby.

Prosecutors said Boone-Doty pulled the trigger. He has been in police custody on an unrelated charge since November. He was charged Monday in Tyshawn's death.

Tyshawn was shot in the right temple and the bullet went through his left temple. He also was grazed in the back, right forearm and right hand.

Then according to the state's attorney, Doty bragged about it, describing how the boy suffered from the gunshots.

After Doty killed Jenkins, Alvarez said, he stated he didn't even know who was in the car, but he saw Jenkins' friend's dreadlocks and believed he was a rival gang member, firing into the vehicle.

Alvarez said on Nov. 2, Tyshawn was playing on a swing set at a park at 80th and Damen when Doty asked Tyshawn if he wanted to go to the store. Tyshawn said he didn't have any money, and Doty said he would buy him whatever he wanted, Alvarez said. They walked to the middle of an alley, where Tyshawn was killed, Alvarez said. Doty was facing the child when he was shot, Alvarez said.

Prosecutors say after murdering Tyshawn, Doty said he wanted to go back and shoot up the park and kill all the kids in the park, but the police were already there. Alvarez said Doty started writing a rap song song about the murder of Tyshawn.

Last November, former Chicago Police Superintendent Garry McCarthy made it clear that Lee's murder was one of the most violent acts he'd seen on the street.

"Tyshawn Lee was murdered in probably the most abhorrent, cowardly, unfathomable crime that I've witnessed in 35 years of policing," McCarthy said.

Around the same time, Mayor Rahm Emanuel condemned the person responsible for the boy's "execution."

"When that person is brought in front of justice, I hope they go to a place that will freeze over," Emanuel said.

Prosecutors said two other men are tied to the 9-year-old's horrific death.

Corey Morgan was charged with first-degree murder on Nov. 27 and is in custody.

Kevin Edwards, 22, is still on the run and is believed to be hiding in Iowa. U.S. Marshals said he has connections in the eastern part of the state.

It's been nearly five months since Tyshawn was deliberately lured away from Dawes Park and shot in the head a block away from his grandmother's Auburn-Gresham home, and yet, you can still feel the pain in the community.

"Not seeing him here, playing with the kids. He was always at my door playing ball with my grandson," said neighbor Tangee Robinson.

Pretty much everyone around there knew Tyshawn. News that Doty had been charged was welcomed with sadness.

"He did good, started doing good in school and would come show me his grades. He didn't deserve that," said neighbor James Brown.

Congressman Bobby Rush says nothing has changed in Auburn-Gresham as a result of the shooting. If anything, people are worried now that it's getting warmer.