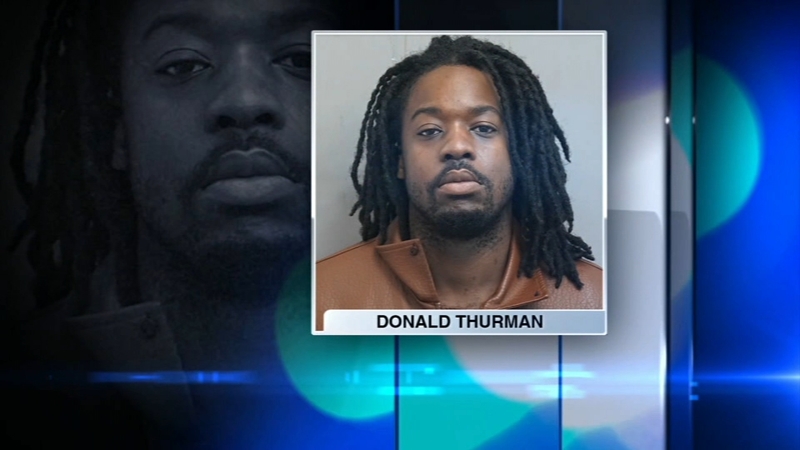 CHICAGO (WLS) -- A 26-year-old man has been charged in the death of UIC student Ruth George, who was found strangled in a campus parking garage, police said Monday night.

Donald D. Thurman was charged with first degree murder and criminal sexual assault Monday, according to the UIC Police Department. Police said his most recent address was near the UIC campus and that he has no affiliation with the university or George.

Thurman has a criminal record and is currently on parole for armed robbery, after serving two years of a six year sentence. He was released from prison in December 2018, police said.

Police said they determined George, who was 19, walked into the parking garage on campus alone with a man following closely behind.

Police said they were able to use CTA and Chicago POD cameras to spot Thurman at the CTA Blue Line station at Halsted and Harrison, and took him into custody early Sunday morning. Police said Thurman confessed to George's murder.

UIC police said George, a graduate of Naperville Central High School who dreamed of becoming a health professional, was a victim of "foul play." An autopsy revealed she had been strangled.

A person of interest is in custody after authorities said a University of Illinois Chicago student was strangled at a campus parking garage.

"I am glad they got that person in custody, that's what I am really glad about," said Alexis Banks, who lives in the neighborhood.

Police said the UIC honors student was found at the Halsted Street Parking Garage off Taylor Street Saturday morning after her family reported her missing. Police tracked her cell phone, leading them to find George unresponsive in the back seat of a family-owned vehicle in the garage.

According to an email sent to students by UIC's chancellor, George was a sophomore, an honors student and a kinesiology major.

Yellow ribbons were hung around campus in memory of George, who was nicknamed "Baby Color." She was honored by a vigil Monday night.

"It's very shocking because I don't really hear things that often happening at this campus, but like I said, this is Chicago," said Myles Turner, UIC student.

George was part of a co-ed fraternity for students pursuing degrees in health-related fields. The fraternity released a statement saying in part, "To us, she was just Ruthie. She joined DEM in 2018 as a part of our Iota class and we will never forget how big her smile was when she was named 'Rangi Mtoto' or Baby Color. That was the perfect name for her because she brought color into the lives of everyone around her.

"Ruthie was an intelligent, caring and humorous girl that was loved by all. The impact she had to her friends, family and the members of the Delta Epsilon Mu -Psi Chapter and will always remain in our hearts. We will never forget her and the bright future she had ahead of her. We hope that she is in peace and watching over all of us."

A vigil planned for Monday night at 7 p.m. outside the student center. 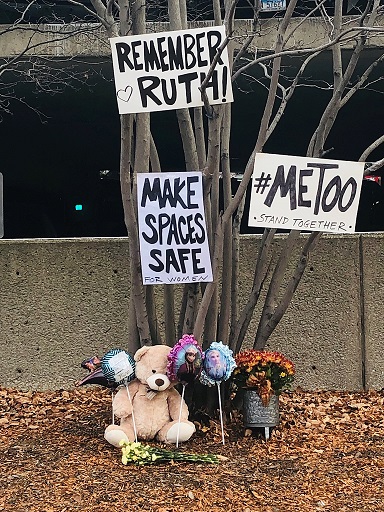