An ABC7 I-Team Investigation
WLS
By Chuck Goudie and Barb Markoff, Christine Tressel, Ross Weidner
CHICAGO (WLS) -- A little more than halfway into his term of office, the United States Marshal in Chicago Edward L. Gilmore has resigned suddenly and without explanation.

President Barack Obama nominated Gilmore in 2015 to fill the top federal law enforcement spot. He was sworn-in during a January 2016 ceremony in Chicago and began a four-year term.

Gilmore did not reply to I-Team messages and has not offered a public explanation for his early retirement that occurred on April 4. Despite having stepped down nearly seven weeks ago, his resignation was not widely known-even in federal circles. The departure had not been announced or reported until the ABC7 I-Team's revelation on Monday.

A spokesman for the U.S. Marshal Service in Washington on Tuesday morning told the I-Team that Gilmore and other marshals "serve at the pleasure of the President. Typically, their terms end when the appointing President leaves office or when the incoming President decides to make a change in the position."

It is not known whether that was the case with Gilmore, but this spring I-Team sources questioned his effectiveness in the position and those who helped get him there said Monday they were disappointed by his sudden, unexplained and early departure.

Gilmore was previously the police chief in south suburban Calumet City but began his career as a Chicago police officer and with the Drug Enforcement Administration in Arlington, Va.

President Obama picked Gilmore from among three names provided by Illinois' U.S. senators. On Monday a spokesman for Sen. Dick Durbin (D-Ill.) did not offer comment on the Gilmore resignation. In 2015, Sen. Durbin praised Gilmore's "wealth of law enforcement and managerial experience."

This is the second resignation shakeup in less than five years in the marshal's office here.

Gilmore had replaced an also-embattled marshal Darryl McPherson, who quit after the I-Team disclosed he was the subject of an investigation for financial mismanagement.

The upshot of this is that there will now have to be yet another search for U.S. marshal candidates in Chicago. A committee will start looking at prospects.
Report a correction or typo
Related topics:
chicagoloopu.s. marshalsi team
Copyright © 2020 WLS-TV. All Rights Reserved.
I-TEAM 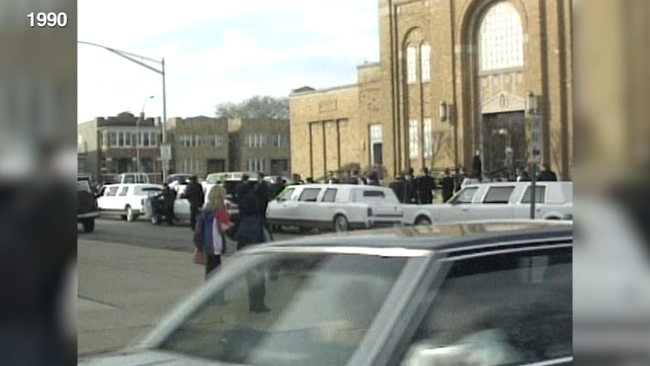