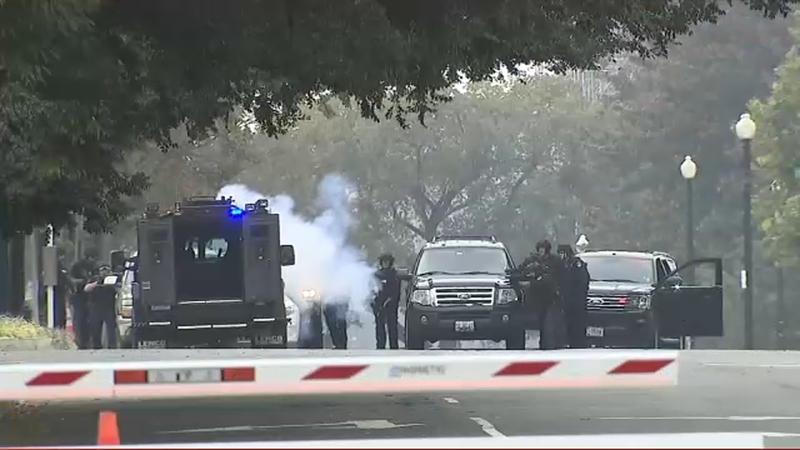 MI man in custody in connection with suspicious vehicle near SCOTUS

WASHINGTON -- A man is in custody after he was removed from a suspicious SUV near the Supreme Court Tuesday morning, Capitol police said.

The suspect, 55-year-old Dale Paul Melvin of Kimball, Michigan, was removed from the car and placed under arrest around 11 a.m. local time, police said.

There's no information on motive and no weapons have been found, police said.

Everyone is safe, police said.

RELATED: FBI releases new video footage of officers being assaulted at US Capitol

There were no disruptions to operations at the Supreme Court; oral arguments began as planned at 10 a.m.

The Supreme Court building remains closed to the public.