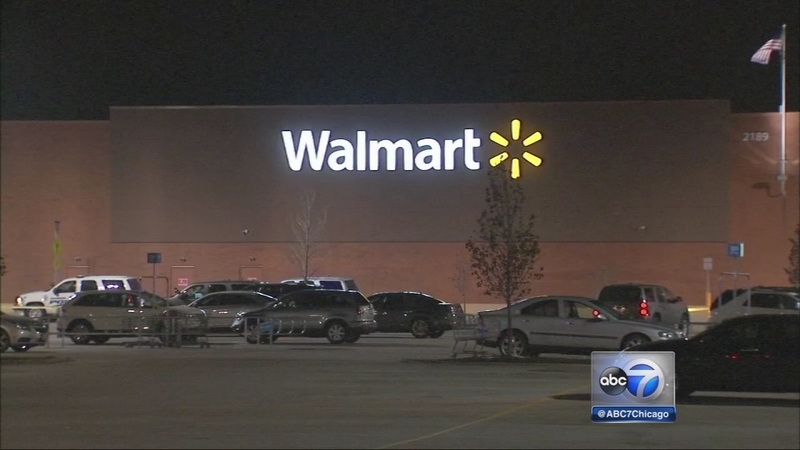 DARIEN, Ill. (WLS) -- Police are searching for the gunman who opened fire inside a Walmart in west suburban Darien. One person was injured in the shooting.

Officers said they are following strong leads Friday morning. The suspect is still on the run.

Shoppers who were in the Walmart store in the 2100-block of 75th Street in Darien Thursday evening said the sound of shots fired reminded them of the San Bernardino shooting rampage, which left 14 people dead earlier this week.

But police said the Walmart shooting was a much different scenario. This shooter and his victim allegedly got into an argument near the checkout line and shots were fired.

The victim was shot in the shoulder. The suspect took off before police arrived, around 5:40 p.m.

The victim was taken to a hospital in Downers Grove. He is expected to recover.

Investigators spent hours interviewing witnesses who may be able to identify the suspect.

"That's where we are right now with identifying. There's a lot of witnesses. It's obviously Christmas season. It's a big Walmart store. There are a lot of witnesses to interview," Darien Police Chief Greg Thomas said.

Anyone with information regarding the suspect or the shooting should contact Darien police at (630) 971-3999.