WLS
CHICAGO (WLS) -- Snowfall started in the Chicago area Sunday evening and is expected to drop 3-5 total inches across the region by Monday.

Most of the accumulation is expected between 1 a.m. and 5 a.m., but the same system could bring more snow Monday night.

A Winter Weather Advisory was issued for most of the counties in the Chicago area, starting at 6 p.m. Sunday and ending at noon on Monday.

Southeast Wisconsin could be hit harder. A Winter Storm Warning was issued for that area until noon Tuesday. 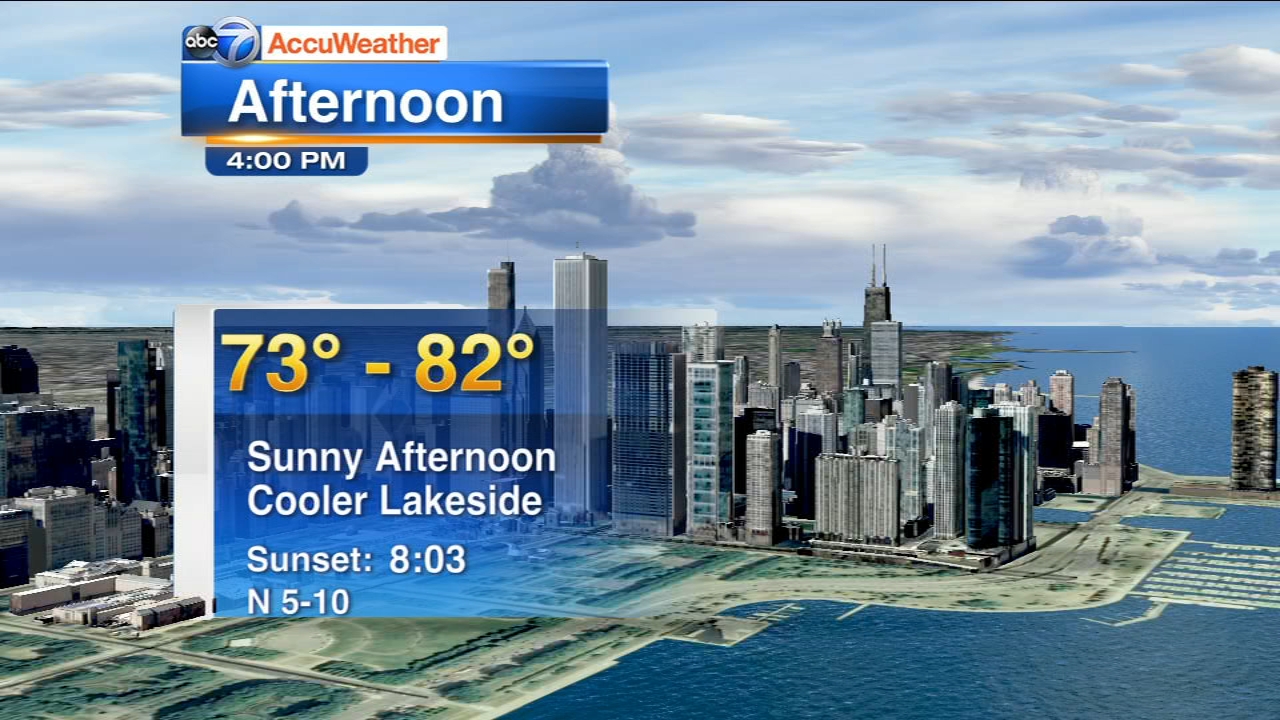 The Illinois Department of Transportation will have a full plow operation through Monday, including 400 trucks during the morning rush, said IDOT spokeswoman Gianna Urgo.

The Clipper system causing the snow will then possibly produce some lake enhanced snow showers Monday night into Tuesday. These amounts will be light but enough to cause some more slick travel. Snow totals in La Porte and Porter counties could be greater with this second round late Monday night.

The snow will be fairly dry so there could be some blowing and drifting snow, though the winds will not be all that strong (10-20 mph).

The good news is that we see a nice warm-up as we head towards next weekend.

The agreement will go to the Chicago City Council for consideration. If approved, the contract would be retroactive, beginning July 1, 2017.

About 1,000 union members from Teamsters Local 700 voted on the agreement that covers more than 2,000 city workers. The final vote to ratify the contract was 544 to accept and 449 to reject.

The union reached a five-year deal with the city last weekend with hopes of avoiding a strike.

According to the union, some of the provisions in the new contract include:
-Turning more than 500 pool drivers into full-time career service drivers
-Drivers who worked three months in 2012/2013 will receive up to a $2,000 payment within 75 days, pursuant to a long disputed grievance settlement
-Hourly wage increases each year for all members, and higher starting wage increases for Garage Attendants and Booters
-Time-and-a-half pay for 6th day service and double-time pay for 7th day service
-Increased training and safety equipment for all members
-Restricted subcontracting
-Paid parental leave for both parents
Report a correction or typo
Related topics:
weatherindianaporter countymunsterlake county indianairoquois countykankakee countyillinoismichigancoldwindsnowwinter weather
Copyright © 2020 WLS-TV. All Rights Reserved.
More Videos
From CNN Newsource affiliates
TOP STORIES