The NWS said the tornado touched down 1.5 miles south/southeast of Lowell. The tornado had winds of 80-85 miles-per-hour and went 1.5 miles with a width of 75 yards, the NWS said.

The tornado lasted two to three minutes and may have briefly lifted once or twice.

The damage was limited mostly to trees, with portions of one tree landing on a home. There were also multiple fences damaged and a utility pole snapped.

The tornado was part of a massive late-winter storm unleashed heavy rain and snow on parts of the Midwest plains early Thursday. Meteorologists call the rapid change in pressure created by the storm a "bomb cyclone" or "bombogenesis." The meteorological definition of a "Bomb Cyclone" is an area of low pressure that has a pressure drop of 24 mb in 24 hours.

National Guard troops used specialized vehicles with tank-like treads to rescue stranded drivers in Colorado in the wake of the "bomb cyclone."

South Dakota's governor closed all state offices Thursday as the blizzard conditions moved in, while wind, blowing snow and snow-packed roadways also made travel treacherous in western Nebraska. Heavy rain caused flooding in eastern parts of both states and in Iowa.

Wednesday's blizzard in Colorado caused widespread power outages, forced the cancellation of hundreds of flights and wreaked havoc on roadways as drivers became overwhelmed by blinding snow. A wind gust clocked in at 97 mph (156 kph) in Colorado Springs.

The storm also contributed to the death of Corporal Daniel Groves, a Colorado State Patrol officer who was hit and killed by a car as he helped another driver who had slid off Interstate 76 near Denver. 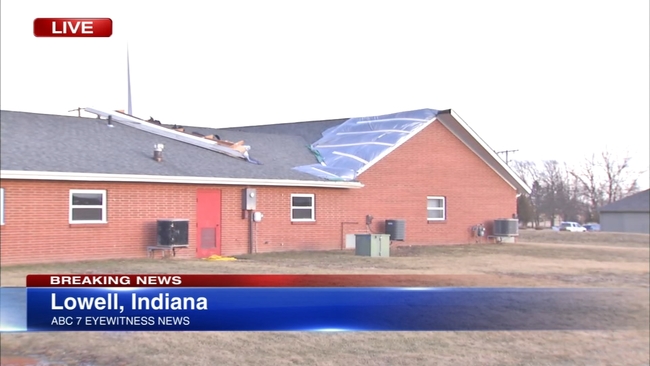